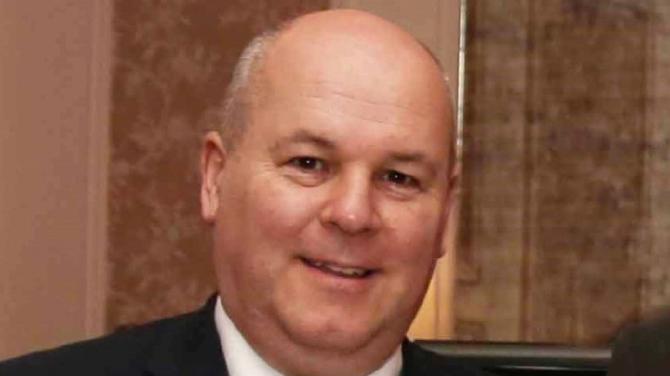 THE Fermanagh and Western League 2020-21 campaign has been ruled null and void, the management committee announced on Monday night.

After a lengthy discussion via Zoom to consider matters, it was unanimously agreed that based on the current circumstances, it would not be possible to complete a full set of fixtures within a suitable time frame.

The most games any club had played was four, with the likes of Strathroy Harps only managing two.

A sub-committee will meet to look at providing alternative and meaningful fixtures with a proposed start date of January 16.

The Fermanagh and Western Football Association will aim to complete the Mulhern and Reihill Cup competitions in their normal format.

Speaking to the Tyrone Constitution, league chairman, Neil Jardine, explained a number of options were on the table

He said: “It was a long discussion about what was possible and what was probable.

“Option one was to do nothing, to try to push the games out as much as possible. But there were so many unknowns in that when you consider further lockdowns and restrictions and unfavourable weather conditions.

“We also looked at splitting the league at the halfway point after 13 matches into two sections. But there wasn’t an appetite for that. It would have meant a rule change midway through the season which would never be good and we would have needed a 75 per cent majority to do that.

“The third option was to null and void the league at this stage, and to introduce a subsidiary competition of some type in January.

“As ever, it was an emotive subject and people had different views, but it became fairly clear that nobody thought the league could be completed in its current format and some didn’t have the appetite for trying.

“We had to make a decision. Clubs weren’t going to get playing this side of Christmas due to the restrictions. There was no way we could ask clubs to play matches on December 12 without any football training, plus there was going to be an issue with availability of pitches.

“There were a lot of other factors and we couldn’t see how it was possible to finish the league.

“Division One drove the whole thing, because there was probably an ability to finish some of the other divisions, but if you can’t finish Division One then it would have disrupted promotion and relegation.

“It’s probably disappointing for some of the teams in the lower division that feel they could have completed their season, but unfortunately it had to be all or nothing.

“Without promotion or relegation it would have left competitions being meaningless, and they’re entitled to competition as much as clubs in Division One are - they’re equally important.”

It is hoped that, come the middle of January, some football can be played in the Fermanagh and Western League.

Mr Jardine said there needed to be a discussion about how to guarantee clubs six or eight matches at least.

“We need to look at the logistics, but it’s not a case that we will just call time on everything and do nothing,” he continued.

“The Mulhern and Reihill Cup will be played, and we’re not going to ask clubs to go in for a one-off cup tie without having played any other competitive match.

“We would like to put up some kind of competitive structure for each of the six divisions, and a date of January 16 is our target for that.”

One idea is to split each league into two and have teams play a handful of fixtures with the top two qualifying for a final.

“We have to see what is possible and what is practicable in order to give clubs a meaningful number of games.

“There will be something. It’s important to stress the league is not over and nothing else will happen. We will put something in place to provide football."

Mr Jardine concluded: "The word unprecedented has been overused in the last few months, but this is where we are.

“It’s a major thing to say on November 30 that we’re not going to complete a season that is due to go on until the end of May.

“Clubs that weren’t represented at the committee meeting have contacted me to tell me that they agree with the decision. They were concerned with the number of matches that had been played and welcomed the fact there will be some form of competition put in place.”