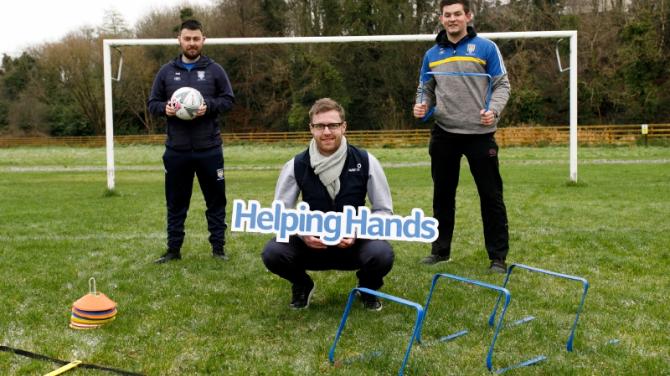 Omagh Hospitals FC was nominated to receive the community funding by Power NI employee, John Edgar, as part of the company’s staff sponsorship scheme ‘Helping Hands’. This gives employees the opportunity to nominate local groups and organisations to receive funding. Thanks to the donation, the club will be able to purchase new equipment such as footballs, cones, ladders and hurdles to aid the development of their players.

Whilst at its formation, Omagh Hospitals was represented mostly by staff from the two local hospital sites. So far to date, there are now over 60 players from the local community registered with the club.

Grateful for the funding, John commented: "Omagh Hospitals Football Club is a fantastic club that allows young men to come together to learn, train, and to play football!

"Team sports create lasting impacts in life outside of sport too, so the creation of bonds and team ethic is so much more valuable than mere sporting accomplishment.

"I know how difficult it is for local organisations to secure funding at the vest of times, never mind in a global pandemic, so knowing that Power NI has been able to help through our ‘Helping Hands’ scheme is fantastic. I feel very proud to work for a company that do everything they can to support local community groups.”