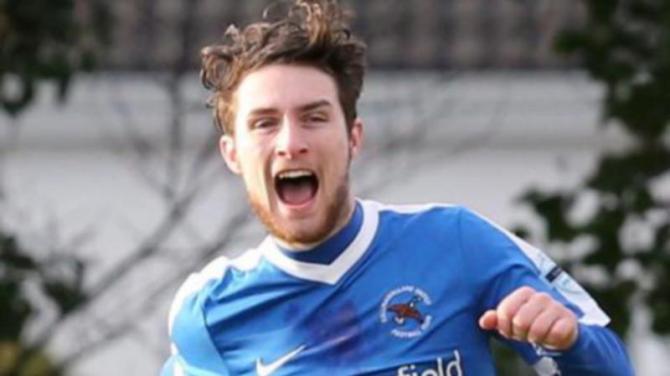 BALLINAMALLARD United have been dealt a blow with the departure of two key players - and it’s feared more could be on their way due to the ongoing coronavirus restrictions on Championship clubs.

Attacker Ryan Mayse and defender Matthew Smyth have moved to Premiership club Dungannon Swifts, with boss Harry McConkey thanking both players for their service to the club.

The January transfer window usually presents a danger to Championship clubs, with those in the top-flight eager to snap up the best players in the second division.

But with activity in the Championship currently prohibited due to Covid-19 restrictions, this unprecedented time has only heightened anxiety for clubs such as Ballinamallard.

Speaking to the Tyrone Constitution, Mayse - who only signed a permanent contract with the Mallards back in September - admitted he had been actively searching for a move back to the Premiership having grown increasingly frustrated with the Championship’s suspension.

“I was training with Ballinamallard twice a week, but the start date kept getting pushed back and pushed back,” said Mayse.

“There was no end goal. The hope killed us more than anything.

“At times the rules were we could train with no football. We were just running and running, it was demoralising and soul-destroying.

“So I had been looking for a move this month. It’s absolutely nothing to do with Ballinamallard. I’m 27 now and just feel I’m at my peak, and I need to be playing.”

Carrick Rangers approached Mayse first but Dungannon was always his priority and having such fond memories with the club - winning the League Cup under Rodney McAree in 2018 - he jumped at the chance to re-sign for them.

Mayse admits his place in the Dungannon team is far from guaranteed, but at least now he has the possibility of some football having not played a competitive league game yet this season.

“I know what Dungannon is all about, they’re moving in the right direction and there’s good people there,” said Mayse.

“I won’t walk straight into the team because there are a lot of good players but I think I can add something to the attack.

“I’ll go to training with Dungannon twice a week and at least now I know, all being well, I’ll be in the 18-man squad. And if I’m performing I’m sure I’ll be playing.

And Mayse fears up to “10 or 12” more players could leave Ballinamallard if Championship clubs are not granted elite status to get their season up and running.

“I think there could be 10 or 12 players could be on the move because there’s a lot of quality in the team,” he said.

“There will be clubs coming in for them and I’d be surprised if they stay.

“It’s not going to be easy on teams like Ballinamallard because, if they do lose 10 or 12 players, where will that leave them?

“But a lot of Championship clubs will find themselves in the same boat.”

Mayse wanted to give Ballinamallard a full season but felt the ongoing restrictions meant he had to make the move.

“We had built a good squad at Ballinamallard, the standard at training was frightening,” he said.

“If the season had gone ahead it would have taken a top, top team to stop us from getting promotion.”