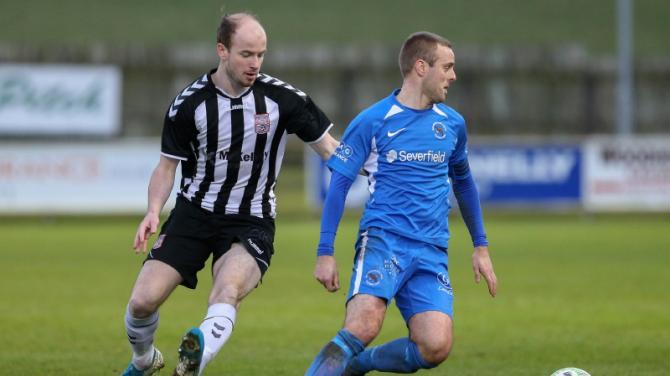 THE wait is almost finally over for local football supporters as this Saturday, Ballinamallard United play host to Dergview in the first round of the Irish Cup.

Competitive games have been few and far between for both clubs since March of last year, so it is understandable that there is much excitement in the respective camps ahead of this weekend.

Supporters will not be allowed to attend the 3pm kick-off due to Covid-19 restrictions, however, it will be available to stream online.

While Ballinamallard United are expected to have a full pool of players fit for the encounter, Dergview have a number who are struggling to be available.

It was reported earlier this week that Dergview’s leading striker Emmett McGuckin has been released from the club after he signed a pre-contract agreement to join Premiership side Carrick Rangers next season.

That is obviously a huge blow, but they also have to do without Andy Sproule and Philip Wallace, both of whom are carrying injuries.

Sean McCarron faces a late fitness test, but Blaine Burns is expected to be ready.

In contrast, Ballinamallard boss Harry McConkey hopes he will have a full squad to choose from.

Speaking to the Tyrone Constitution, McConkey admits training has been enjoyable.

“There is a great hunger and desire amongst the squad, and the smiles on their faces tell you everything,” he said.

“They are so grateful to be back in training and now they have a really good game to look forward to.”

“The players have given me everything in their preparations,” he continued.

“In terms of results, anything can happen in football. And Ivan [Sproule] has made some quality signings for Dergview. They have plenty of experience in their squad too.

“I think their top half of the pitch is very exciting and they will out to cause us problems for sure.

“We are all familiar with each other and that’s what will make the game very tight. It may be a case of who blinks first.”

After 13 months of inactivity, McConkey admits he is excited to get back on the touchline.

“It’s just lovely to be back on familiar ground after all the uncertainty,” he continued.

“I’m delighted to be involved in a local derby. Both coaching teams will be relishing this clash.”