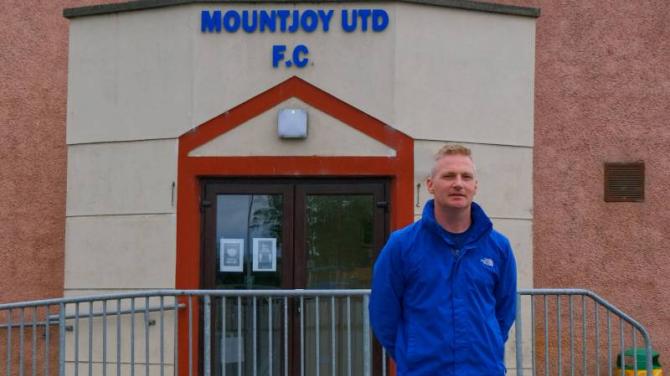 IT’S the start of a new era for both Beragh Swifts and Mountjoy United in the Fermanagh and Western League with the appointment of managers Wes Ferguson and David Rennie at the respective clubs.

Ferguson, who was previously the first team coach at Dergview under Ivan Sproule, was named as the new boss at Division One side Beragh Swifts on Monday night following the resignation of Philip Fegan, who is standing down due to work and personal commitments.

A spokesperson for Beragh Swifts said: "Philip has been an integral part of the club's development over the past 29 years as a player, club captain, committee member and manager so we all believe that he deserves a very well earned rest and break from football."

While Fegan will be sorely missed, the appointment of Ferguson is an exciting one.

“Wes comes with a glowing reputation and a wealth of experience both from his excellent playing career and previous coaching and management roles.

“Everyone at BSFC is fully behind Wes and extremely excited by his appointment and looking forward to getting back to action at Fountain Lane.”

Popular Facebook page Dergview FC Updates posted: “We would all like to wish Wes the best success in his future and congratulate him on his appointment as manager for Beragh Swifts.

“Your work here at Dergview will always be appreciated and we hope you enjoy management.”

Meanwhile, at Mountjoy, Rennie - who has a long affiliation at the club - says his appointment means a fresh start for everyone.

"First of all, the immediate plan is the retention of players and then I want to look to bring in some quality into the squad," he said.

"Over the next number of weeks, the objective is to assemble a first-team squad."

Having fallen just short of promotion from Division Two last year, Rennie is targeting a push back into the top-flight.

"Ultimately, we want to be competitive and to challenge for promotion," he said.

"The top-flight is where the club belongs. All the facilities are there, everything is in place for the club to be at the top-level of local football.

"After lockdown, every player has an opportunity of a fresh start. Basically, all positions are up for grabs; it's just like starting again. It's a fresh start for everyone.

"There are players I need to get to know. No matter what has happened in the past, everyone has to prove themselves again.

"I want a squad that is hard-working and has a desire to push for promotion, and everyone needs to buy into that.

“I have to say that I have been very encouraged by the level of enthusiasm shown at training. There was a really good turnout with more to come.”

Rennie is no stranger to the club having made his debut as a player at the age of just 14. And he wants to look at the youth setup to help develop players for the future.

"I have been in and around the club since I was a teenager so I know what it means to people and the local community in Mountjoy," continued Rennie.

"I know exactly the direction in which the club and committee want to go and I certainly share those views.

“The youth setup at Mountjoy is arguably one of the best in local football and fortunately I have had the chance to watch some of the youth games, especially at under 19 and under 17 level. From what I’ve seen so far, there are players who should be knocking on the door of the first team very soon. I will certainly be giving young players the opportunity to break into the first team squad.”