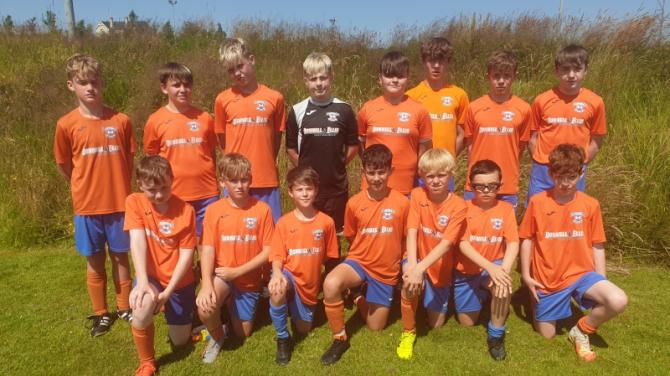 IT was hot, hot, hot at Youth Sport Omagh as the under 13 footballers from across the country put a display on in the melting heat.

The Mountjoy lads in orange and blue once again didn't disappoint as they finished second in the group qualifying for the cup semi finals.

On their way to the cup semi-finals the lads drew with Glentoran, fought hard in defeat against Crusaders and had a resounding victory over Maiden City.

Unfortunately it wasn't to be as the local lads met Coleraine FC Academy in the last-four and crashed out in a 2-0 defeat.

Overall cup winners were a very good Crusaders side who never conceded a single goal and were unbeaten all day and went on to beat Coleraine 5-0 in the final.

An organiser said: “A very successful day that wouldn't have been possible without the help of volunteers and we had four of the best in Andrew James Murrock, Mickey O'Neill, Andrew Beattie and Joni Beatty who were absolutely fantastic.”