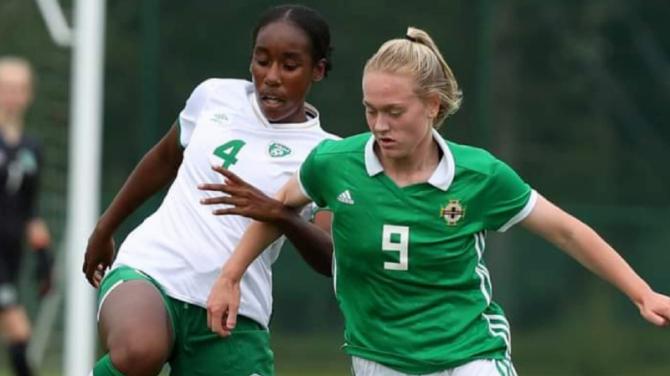 While the match ended in a scoreless draw, the game was very tight and both teams had chances to win.

The team played the Republic's U17 again on Friday at the Dub in Belfast - it ended another scoreless draw, in which Scott played the first half.

Scott has been attending the IFA excellence programme in Cookstown from 10 years old, under head coach Noel Mitchell and coaches Robbie Walker and Lynn Carroll.

Scott is one of the many girls in Wylie's Northern Ireland U17s in which they have come through the IFA Girls players Pathway.

She currently plays for Killen Rangers in the Women's Championship League.

Scott will be training three times a week at UUJ Belfast before the Euro Championships in September in which Northern Ireland drew the hosts Serbia, Spain and Iceland.