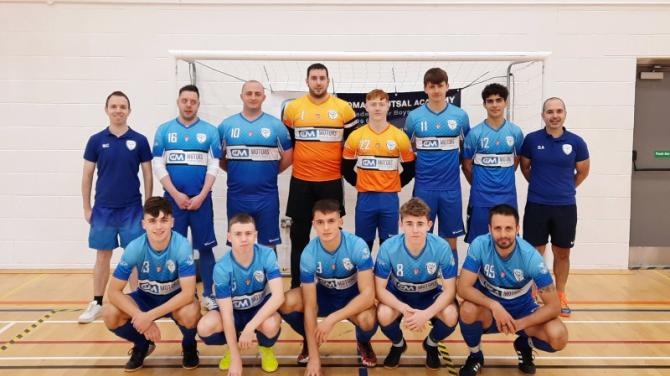 Belfast, who are one of the favourites to take the title this season, came from behind as their experience showed through in the end to win by the narrowest of margins.

Omagh took the lead early and set the pace for the game, going 5-1 ahead. Belfast came back into the game scored twice before half-time.

Belfast have several national team players and used their experience and quality to get back into the game and make it all level at 5-5. Omagh kept fighting and never went behind - until two minutes from time.

Team manager Martin Cassidy said: "I am immensely proud of our team today. We have a new team, all new to futsal and mostly aged 17 - 19. They, with our more experienced players, showed we can compete with the best this season. Thanks to all the fans who came down to watch."

Omagh's next game is away to World United in Shankill Leisure Centre on Sunday at 12.30pm.