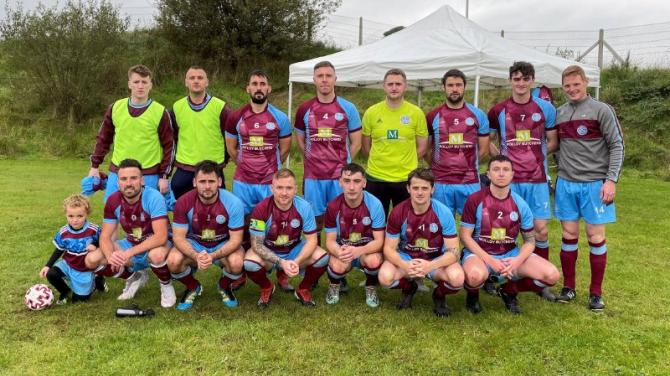 TUMMERY Athletic once again displayed their title credentials, passing yet another test as they easily overcame Strathroy Harps on Saturday.

The Dromore side came flying out of the blocks and broke the deadlock after just three minutes from a corner. Chris Crilly headed the deep delivery back across goal and Kyle McCrory prodded it into the net. The goal was allowed to stand despite strong protests from the hosts.

There was no doubt about Tummery's second, which came eight minutes before the half-time break. A trademark delivery from Ruairi Sludden was perfect for Blaine Campbell, who headed home.

Player-manager Ryan Hanna put daylight between the sides just past the hour-mark. Tommy Mullan took a sublime first time touch to get the ball out of his feet and his rapid pace left his marker in his wake. He fired the ball into the box and Hanna was perfectly positioned to apply the finish.