Dergview climb into top-six despite draw 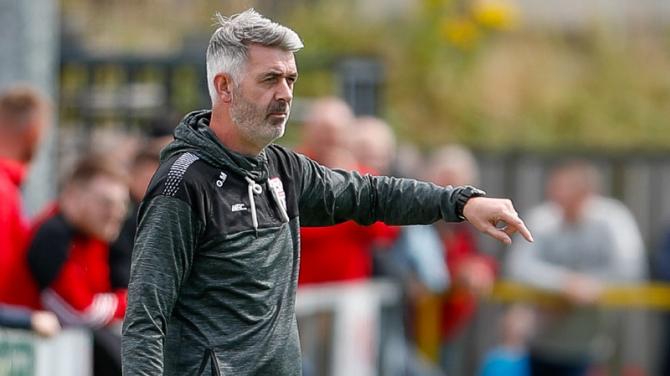 DERGVIEW extended their unbeaten league record to seven games to move into the top-six in the Championship after a goalless draw with promotion-chasing Annagh United on Saturday.

Tommy Canning’s side could have taken all three points after going close on a couple of occasions late on, but ultimately they had to settle for the draw.

It was enough to lift them into sixth and above Ards, who suffered a shock defeat to basement side Queen’s University.

The visitors created the better opportunities in the first half, with Pat Loughery forcing the home shot-stopper into a couple of decent saves.

The home side did create a couple of efforts of note inside the opening half-an-hour.

Recent arrival Adam Carroll almost found the net with a curling effort which bounced around the area while, a little later, Robbie Norton saw an effort well saved by Alan Buchanan.

After being knocked out of the Irish Cup, Dergview now have a weekend free of competitive action.