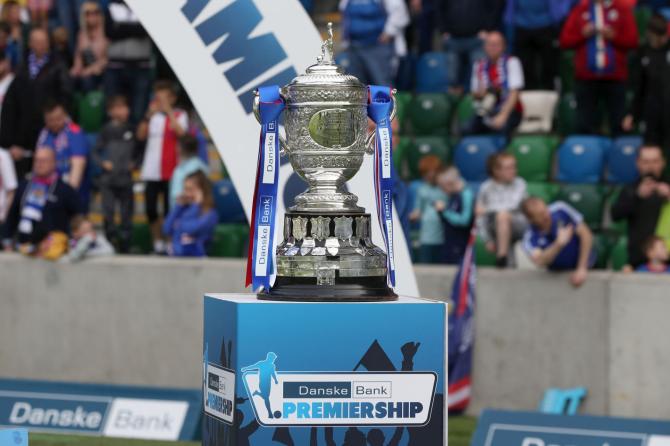 Cliftonville move up to second in the Danske Bank Premiership after beating Glenavon 2-0 at Mourneview Park.

With Glentoran only able to draw with Ballymena United, the Reds' victory sees them leapfrog the East Belfast side.

Linfield remain top of the table after Eetu Vertainen hit four of the goals in their 5-0 win over Dungannon Swifts.

Goals from Paul O'Neill and Joe Gormley were enough to give Paddy McLaughlin's side all three points in Lurgan.

Ryan Waide gave the Sky Blues a shock lead at the Ballymena Showgrounds but Jay Donnelly's leveller earned the Glens a share of the spoils.

Elsewhere, Philip Lowry's 89th minute goal gave Crusaders a 2-1 win over Warrenpoint Town. Brandon Doyle had given the Crues the lead but Ray O'Sullivan equalised for the south Down side.

In the day's other game Adam Salley and Harry Anderson scored in Portadown's win over Coleraine.