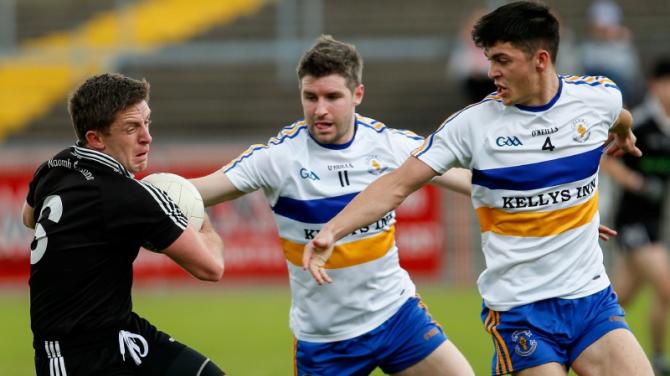 OMAGH hit form to inflict a first defeat of the season on Errigal Ciaran, while Coalisland scored a big win over Killyclogher to go joint top of the Division One table on another dramatic day of Tyrone club action.

Dean O’Neill scored the St Enda’s goal at Healy Park, with Ronan O’Neill scoring seven points in the 1-11 to 1-10 victory, with Errigal’s goal coming from a Tommy Canavan penalty in stoppage time.

Coalisland turned in a highly effective performance against Killyclogher at Ballinamullan, storming to a 1-15 to 0-9 win.

Cormac O’Hagan grabbed the only goal of the game midway through the first half and midfielder Plunkett Kane shot five points from play as the county champions recorded a 1-15 to 0-9 win. Mark Bradley top-scored for the home side with three points.

Third placed Dromore travelled to Edendork and came away with a 2-14 to 0-12 win, with their goals coming from Sean McNabb and Emmet McNabb.

Dungannon proved too strong for Derrylaughan at the lough shore, where they were 1-13 to 0-11 winners, with the help of Patrick Quinn’s goal.

Trillick remain very much in touch, and they produced another potent attacking performance at Ardboe, where they scored a convincing 2-16 to 1-8 victory, their goals coming from Lee Brenna and Niall Gormley.

Carrickmore’s climb up the league table continues, with another brace of league points secured on their visit to Tattyreagh, where they had a 2-13 to 0-12 win over a home side still looking for a first ever win in senior football. The winners’ goals came from Martin Penrose and Ciaran Daly.

Clonoe remain in touch with the front-runners, thanks to a 1-14 to 0-9 win at Moy, the only goal of the game netted by Ryan T O’Neill.

Donaghmore picked up two important points, but they had just the minimum to spare at the end of a tight contest at Eglish which ended in dramatic fashion as Peter McKenna grabbed a last minute goal to give his side a 1-13 to 2-9 success.