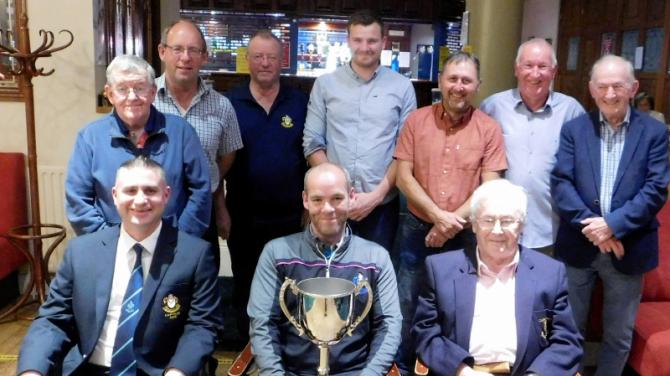 WINNING the Daly's Hardware and the TBF Memorial competitions in Fintona were hard-earned with high scoring and countbacks the order of the day in both.

In Daly's competition on Wednesday 11, Eamonn McNelis had to fight off Bernard Donnelly to win with 45 points.

"Our sincere thanks to Ignatius and Luke Daly for their continuing sponsorship of this competition," a club spokesperson said.

TheTBF Memorial was run in memory of past captain, TBF McElholm, and attracted a good number of players.

It was a stroke competition and with three players finishing on 65 nett it took a countback to declare Kieran McDonnell as the overall winner from Cathal Goulding in second and Niall Teague in third.

The prizes were presented by Tom's brother Joe. "We are very grateful to McElholm and Co for sponsoring the competition," the spokesperson added.

"We have Open Week starting on Wednesday 18 with JJ Donnely's competition and the BBQ Cup on Friday.

"We have the Scott and Ewing Better Ball on the Saturday and the Fintona Horse Tram on Sunday. That brings us into Malachy Kearney's President's Week. It's busy so keep an eye on BRS for booking and BRS Golf emails for all updates."

Best wishes also to Martin Johnson and his All-Ireland four-ball team when they take on Dunmurry in the Ulster North final.

"We welcome Doreen Scott back to the winner's podium with a fantastic 46 points to win Mr Captain Adrian McGinn’s prize. Catriona Donnelly had an equally impressive 44 points to take the runner-up prize.

"Unfortunately, they were unable to play for his prizes before Captain's Day as it was rained off."

Diane Moffitt returned an excellent 42 points to win first prize. Kitty Loughran had a steady round to come second with 39 points.

"Well done to all the winners and thanks again to Plunkett for his continued sponsorship.

"Best wishes to the ladies Challenge Cup team in the final of the ulster north match play competition next week." the spokesperson added.