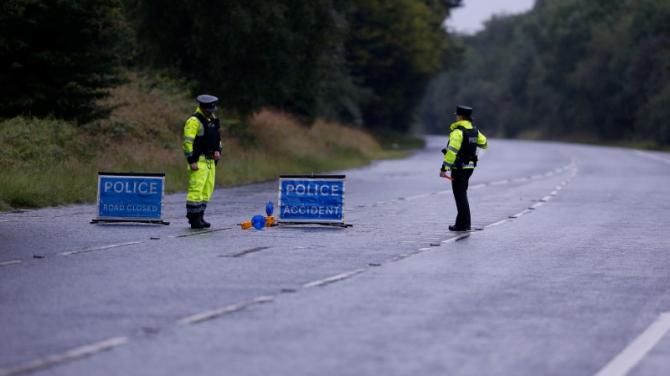 A shroud of sadness has covered Augher this week following the tragic death of a young local teenager in a car accident approximately three miles outside Omagh on Sunday evening.

Seventeen-year-old Ryan Mahoney, from Castlehill Gardens, was fatally injured when the car he was a passenger in was involved in a collision on the main Omagh to Enniskillen road at Clanabogan around 8.25pm.

He was pronounced dead at the scene a short time after emergency services arrived where the two-vehicle collision happened.

Police said the teenager was a passenger in a black Audi which was involved in the head-on crash with a white Mercedes.

A male and two females, who were in the Audi, were taken to hospital along with the other car's driver. Their injuries are not thought to be life threatening.

A spokesperson for the Northern Ireland Fire and Rescue Service said it was called out at 8.31pm. Four appliances attended, two from Omagh; one from Fintona; and one from Dromore.

Another two casualties were out of the car on their arrival.