Tensions were high at the meeting at the Grange 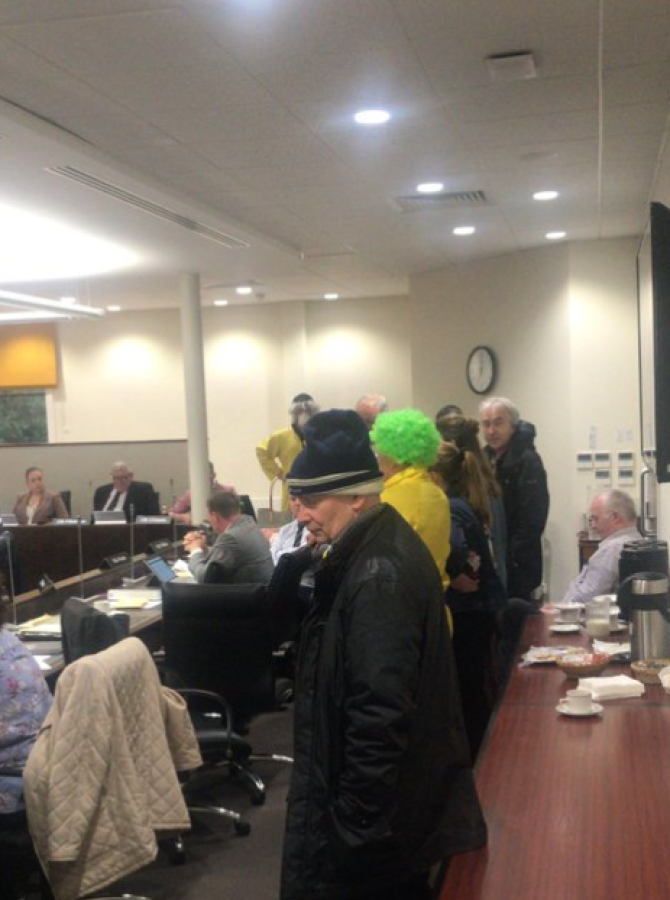 Eight anti-goldmine campaigners were arrested at the end of last night's monthly meeting of Fermanagh and Omagh District council at the Grange, Omagh.

Police officers were advised by a council officer that the meeting was over and the building was now closed.

The campaigners were arrested on suspicion of failure to leave a public building, confirmed Superintendent Clive Beatty. "They were released to be reported to the PPS," said the police officer.

Tensions were high from the beginning of the evening as anti-goldminers stormed the council office, leading to a standoff on the stairs of the property.

Speaking after the meeting, frustrated independent councillor Emmet McAleer said a confidential matter, that he claims had been brought to the council four months ago, once again wasn't addressed owing to stalling tactics by other councillors and political parties.

Full story and more coverage of council debates in next week's Tyrone Constitution.

(Pictured are some protesters in the council chamber)