Omagh balloon modeller and son to appear on Britain's Got Talent 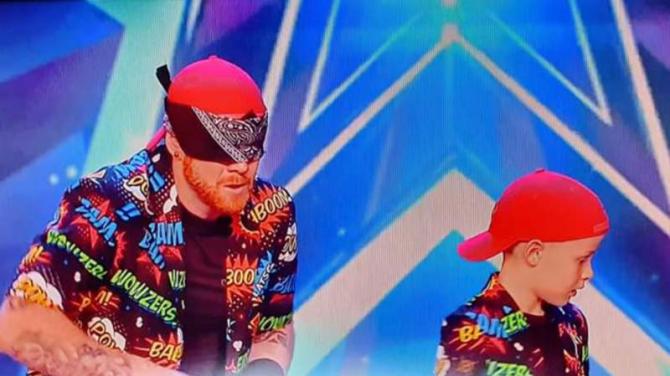 Omagh man, Ryan Tracey, of Duff Balloons, will be making a return on the hit TV show 'Britain's Got Talent' this Saturday night, only this time he will be joined on stage with his son, Matthew.

Ryan, who has been on a number of high profile TV shows in recent years, first shot to fame when he appeared in series 11 of the talent show when he set a new world record for 'the fastest time to make five balloon sculptures blindfolded', completing the feat in just 61.3 seconds!

In setting the record, Ryan had to make a dog, a flower, a sword, a caterpillar and a snail from balloons.

He reached the semi-finals of the 2017 series and has three official world records to his name published in the 2018 Guinness World Records book.

Now the balloon modeller, along with his son, will be hoping to impress the judges on Britain's Got Talent once again. Tune in this Saturday at 8pm to find out how they get on!