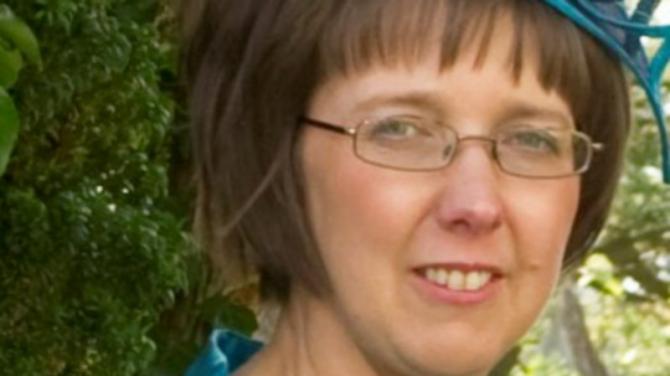 The family and employer of a highly-respected and compassionate pharmacist who sadly passed away this week have paid tribute to the much-loved Dromore native.

Valerie Jackson, late of Bridge Road, passed away peacefully on Sunday, July 12, at Omagh Hospital and Primary Care Complex, and she was laid to rest yesterday (Tuesday) after a funeral service at Holy Trinity Parish Church, Dromore.

Valerie - dearly beloved daughter of Florence and the late Arnold Joseph (Joe) and much-loved sister of Arnold and Noel - had been a long-time employee at Bradley's Pharmacy, who described her as an "outstanding pharmacist".

In a touching tribute, her family described her as a "precious, much-loved daughter and sister".

She had been a prefect at Omagh Academy before attending and completing her Pharmacy degree at Queen’s University Belfast.

After her pre-registration year, the majority of her working career was as a valued and loved member of the Bradley Group, beginning in Drumquin and later in her native Dromore. In total, she worked with the Bradley Group for approximately 25 years.

"It was as a pharmacist that Valerie’s love of people and service to these communities developed and how many people knew and benefited from her pharmaceutical and life skills," her family wrote.

"The family have heard so many warm tributes to Valerie such as 'nothing was ever too much trouble', 'she’s as good as any doctor', 'She took time to listen and help', and 'Valerie was our friend'.

Her talents and skills were recognised regionally as Valerie was a nominated finalist for Pharmacist of the Year and she, with the Bradley’s team, participated in many awards, including Pharmacy Team of the Year.

Bradley's Pharmacy said "there are people alive today who owe their lives to Valerie Jackson".

In their tribute on social media, the post continued: "Valerie had so much time and care for her patients, never rushed anyone and her advice was invaluable. There is nothing that she would not do to help, she went so far beyond her duty."

Valerie also served as a dedicated and hardworking member of the Board of Governor for Dromore Controlled Primary School, giving back what she had received many years before.

Her family continued: "She loved young people and was always keen to encourage and support them. She was a lifelong, active and faithful member in Holy Trinity Dromore, teaching Sunday School since 1998 and taking overall responsibility for co-ordinating the Sunday School Programme from 2000.

"Many children benefited from taking part in the many plays that brought out aspects of faith or retold a Bible Story. Every child had a part and no one was left out or left behind.

"Valerie’s service to the community extended to the local cultural group and pipe band.

"If ever there was a form to be completed or a grant to be applied for it was Valerie that many went to for help. Many people benefited from the talks she gave on healthy eating, skin care, etc - all part of what she believed her role as a pharmacist to be, prevention as well as the cure.

"Valerie had helped and treated so many people through her working life, it was somewhat cruel that when she got the devastating news about her own health at the end of April this year, there was no treatment available.

"Valerie simply accepted it as what it was. She was a woman who had a deep and sustaining faith in God. Her nature and caring attitude never changed.

"Even when in hospital she was often seen helping other patients. It was in these last few months, despite the restrictions arising from Covid-19, that Valerie received so many texts, cards, words of encouragement, flowers from those that she had come into contact with and helped.

"This was a huge comfort and support to Valerie and the numbers that lined the route gave the family another glimpse of the person that Valerie was to you, our local community.

"To the family, Valerie was so precious as a much-loved daughter and sister. We thank God for her and how she so enriched our lives."