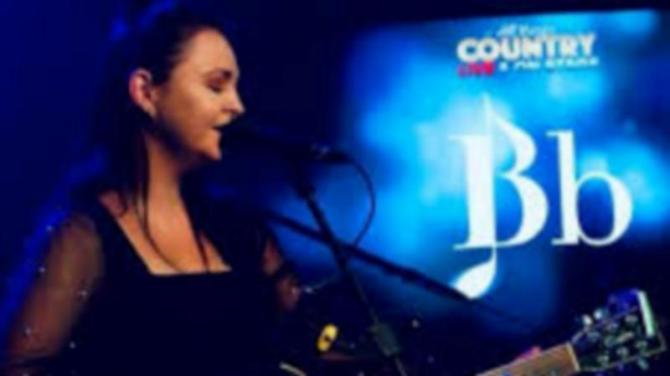 An Altamuskin woman feels that, as a professional musician, she has been left forgotten about by the Northern Ireland Executive during the pandemic.

New Covid restrictions imposed by the NI Executive at the end of September have effectively banned live music across the region.

After lockdown, local musician Bronagh Broderick had wasted no time in returning to the live music scene. But last month's restrictions have left her frustrated and without work.

"I was able to get out gigging in the last few months, and it was going really well," said Bronagh. "It was really nice to get out doing what I do again. It felt like a novelty almost, and I will never take it for granted ever again.

"To get that opportunity - and an income - was fantastic. But the decision to ban live music has set us all back to the start. The lack of explanation is the biggest annoyance for all musicians."

Bronagh quit her full-time job at Alzheimer's Society back in 2017 and up to March of this year, had really been enjoying life as a singer-songwriter.

"It was hard to leave a full-time job, but it was the right thing for me, and I had never regretted it," said Bronagh. "It was something I had always wanted to do.

"Everything was going really well. I had done a few theatre shows and released a couple of singles. And I was performing in the bar scene four or five nights a week. Weddings had been coming up as well."

Due to Covid-19, however, everything has been shelved and Bronagh feels the arts sector hasn't been supported financially.

"Across the board of the art sector, everyone is suffering," she said. "The financial support we are all relying on seems to be diminishing."

Asked if musicians like herself had been forgotten about, Bronagh said: "That's certainly what it feels like.

"The priority doesn't seem to be there to support anyone in the arts sector. It's not just musicians, but the tour managers and anything that you can link to music and the arts, it's all stopped.

"There has been advice from the government that musicians should re-train, which makes you feel like it isn't a real job.

"I have always been known as a singer or a musician, so to not be able to show that anymore is frustrating, to say the least."

Bronagh has had to get creative to make a living during these uncertain times. In March, she began online tuition classes with enthusiastic young musicians.

"I'm teaching online guitar and violin," said Bronagh. "That identity as a musician has been tweaked to the identity as a teacher. I'm delighted and I didn't see it coming. I never expected it to be my career path, but I'm very, very lucky to have as many students as I do now.

"I have 21 students - and four of those are in America, so I'm really delighted it has taken off. It's difficult to see their progress and it's really awarding. I'm fortunate I can still use music as part of my daily life."

But it's difficult to fill the void of live performing, said Bronagh.

"It's really hard to describe how much I miss it. Performing live is what I have loved to do since I was 15. So to make a career out of it was just incredible. It just didn't feel like work. That feeling of performing to others, at a wedding or a crowded bar, is just hard to describe."

She wanted to finish on a positive note by stressing: "Better days are ahead."