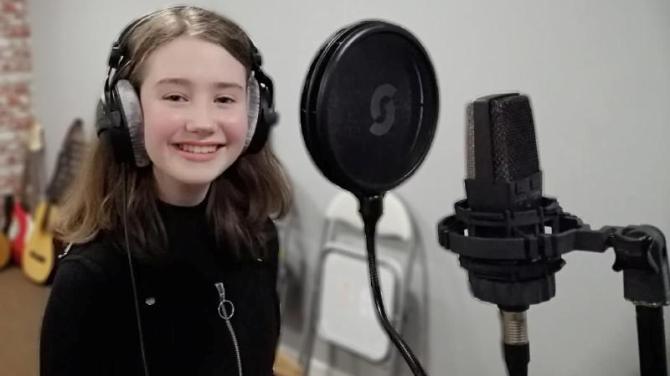 THE elves at The Guitar Studio have had a busy few weeks recording a charity Christmas album.

The idea for a charity Christmas album was something business owners, Owen McNulty and Matt McGlinn, discussed shortly after opening.

"We really wanted to showcase our students and give them the experience of taking the idea for a song, through arrangement and recording to its eventual release," Owen explained.

"Having something like a Christmas record to focus on brought a bit of festive cheer to both the students and musicians alike in the recent weeks of lockdown."

Recording the album was not without its challenges. As COVID restrictions prevented a more traditional approach, all guest musicians recorded their parts remotely while guitars and vocals were added in the studio to create the final versions heard on the record.

Of the tracks, ‘O Holy Night’ and ‘Silent Night’, sung by Cara Coyle and Cormac McEnhill respectively, feature faithful, traditional arrangements, while listeners will notice a jazz take on ‘White Christmas’, sung by Reanna Rice. The youngest musician on the album, Betha Rickford, aged 11, chose a more contemporary, R&B feel for her version of ‘Have yourself a Merry Little Christmas’. The album finale is an epic version of the slow burning Foy Vance anthem ‘Guiding Light’, sung by Andrew Dolan.

All proceeds made from sales of the album will be donated to St.Vincent de Paul and Omagh food banks. "It was important to us that any proceeds go to a charity that would benefit people in our community that are in need at this time of year," said Owen.

The album is priced at £5 (minimum donation) and is available to purchase and download from The Guitar Studio Bandcamp page at www.theguitarstudio.

bandcamp.com where you can also purchase the digital album as a gift.