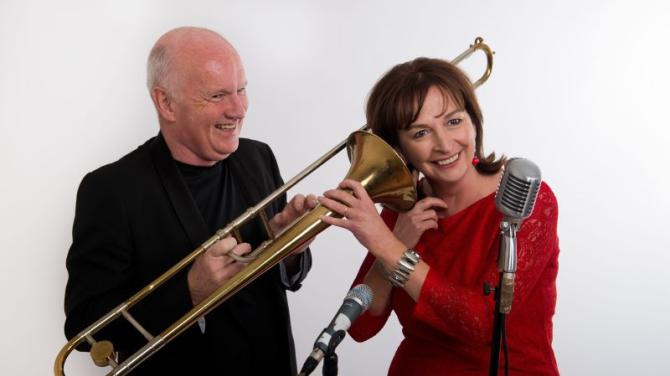 COUNTRY music stars Dominic and Barry Kirwan along with a selection of guests are all set to stream a live from the Strule Arts Centre, Omagh, next week.

The Strule Arts Centre's Christmas programme includes a special Christmas message from Santa Claus at 4pm and El Tres Hombres with Larry Lowe at 8pm, both on on December 19. A Christmas special with Dominic and Barry Kirwan with guests The Benn Sisters will take place on Monday, December 21 at 8pm.

Christmas Eve will see 'O'Holy Night', while Wednesday, December 30, at 8pm will see the Whistling Donkeys perform. Finally, on New Year's Eve from 10pm to midnight, 'What are you doing New Year’s Eve' will be streamed.

Speaking on the upcoming virtual performance, which will take place December 21 at 8pm, Mr Kirwan said: "This past year 2020 will be one for us all to forget as soon as possible. No better way to do so then as we approach the end of the year, is to celebrate the festive season, Christmas, as best as we can.

"I'm so happy to be able to share part of this season with you in the best way I can and know, through music. On Monday, December 21, from the Strule Arts Centre, I along with my son Barry and a few guests will be streaming a live Christmas show on Facebook.

"Both Barry and I are happy to end the year with new albums. For me, my album " Walk On Faith" has been inspired during lockdown. In my opinion I honestly feel that a greater power and story has been going on in our lives to bring us all together, through these past days and months.

"Barry's life like my own has changed dramatically with having a full diary of work to suddenly having no work at all. He realised very soon that things were changing, he knuckled down and eventually got a full-time job with Lidl in Omagh."

Mr Kirwan continued: "However he has still fitted in time to get in to the recording studio, locally with fellow Omagh musician Matt McGlinn, to record his new album "Walk With Me" The album is a selection of previous recordings with new additions, a song written with his brother Colm and Colm's wife Catriona "Living For The Weekend" and appropriately finishes with a beautiful seasonal track, "Remember Me".

"We both look forward to sitting in with musicians and backing vocalists to perform live for you, some seasonal favourites, after having spent our time for most of this year entertaining through social media platform, facebook and video sharing platform, youtube.

"We really would love to have your company for this special occasion on the Monday, December 21 at 8pm."

Meanwhile, Larry Lowe will be performing his stream, El Tres Hombres, from the Strule Arts Centre on Saturday, December 19 at 4pm. Mr Lowe said the venue  "holds a special place in his heart."

He said: "Having had a couple of hugely memorable live events in the Strule Arts Centre auditorium over the past few years, it will always hold a special place in my heart.

"Current restrictions have meant that musicians such as myself and my amazing Brothas from Otha Mothas, have not been able to plan or stage any live shows. Subsequently, and over the recent lockdowns, I have been able to video and share several social media videos along with my musical better half - Piero Cardarelli and local musician Niall Pritchard. So, together – 'El Tres Hombres' have been safely rehearsing a set of tunes for the upcoming December 19 live-stream event.

"We aim to put on a cracking live show and want to thank Strule Arts Centre for having us on board during this strange and difficult time for live music."

You can listen to more by subscribing to Larry Lowe Music on You Tube. Link for promo video https://: www.youtube.com/watch?v=gR2UJM0RBUk.