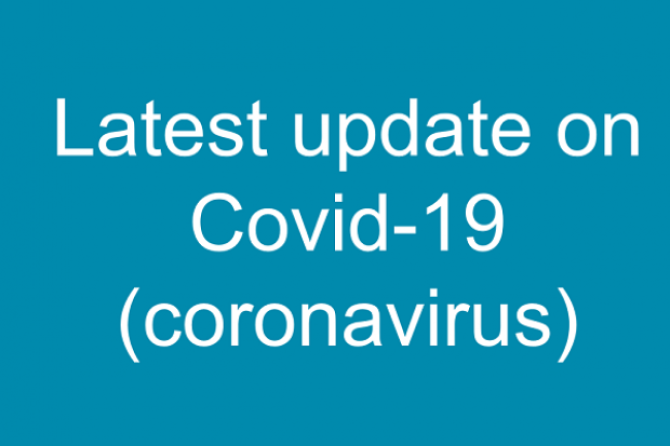 THE Department of Health has reiterated the advice regarding “shielding” by people who are Clinically Extremely Vulnerable CEV) to COVID-19.

Updated advice to Clinically Extremely Vulnerable people was issued just before Christmas – with a commitment that letters from the Chief Medical Officer would follow.

Some of these letters have already been received.

This updated advice on the Department's website remains in place:.

While not a return to the shielding advice in place in the early part of the pandemic, the updated NI advice does mirror the latest advice in England.

It is also stressed that this is guidance – not regulation.

Based on the elevated risk profile associated with COVID-19, a number of changes to advice for CEV people were announced just before Christmas:

a) CEV people were advised not to participate in Christmas bubbles;

b) CEV people were advised to avoid going to shops, pharmacies, and hospitality settings;

c) CEV people were advised to work from home where possible, but if they are unable to do so they were advised not to attend the workplace. The advice re attending the workplace was effective from December 26.

A department spokesperson said: "These measures, in addition to the wider restrictions agreed by the Executive to take effect from December 26, mean CEV people are protected from exposure to the virus across a wide range of settings.

"This advice is consistent with advice that is in place for CEV people in England, Scotland and Wales. Whilst England has announced a formal return to shielding, this is slightly different from the form of shielding that was introduced at the outset of the pandemic, with CEV people still being able to exercise outdoors.

"The updated advice was placed online at nidirect at https://www.nidirect.gov.uk/articles/coronavirus-covid-19-guidance-clinically-extremely-vulnerable-and-vulnerable-people.

"In addition, the Chief Medical Officer has written to all people who had previously been shielding to advise them of the change in advice re: attending work. The letter can be used as evidence for employers for evidence of entitlement to Statutory Sick Pay."

Letters are in the process of being issued to patients via their GP or secondary care clinician as appropriate.

Patients can use their old shielding letters as evidence in the meantime if necessary.