From Lockdown to book launch: Writer publishes sequel to historical novel set in the Sperrins 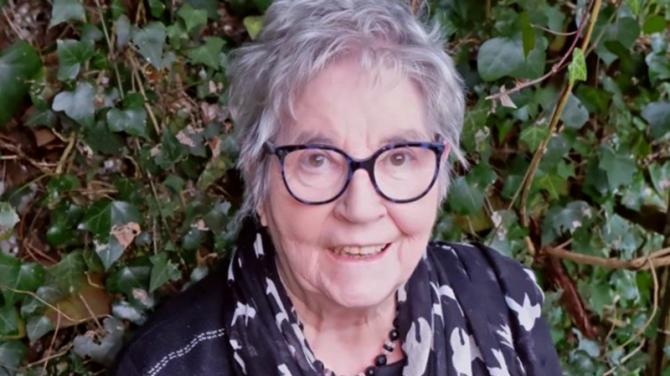 A TYRONE grandmother has delivered on her literary dream by self-publishing her second novel at the age of 75!

Pheme Glass has just published her long-awaited sequel to her 2017 historical book, 'The Blossom or the Bole, which is set in the Sperrins.

Her second novel, 'The Blossom or the Bole Book 2', continues the tale of two boys from different backgrounds and their lives and experiences during World War 1 around Plumbridge.

With international conflict and deepening local divisions, this is the human story of hard choices during a time that culminated with the reshaping of Ireland and of the tragic personal impact on the community.

The grinding poverty and sectarian tensions. It’s all there. Publication is also perfectly timed.

This year marks the 100th anniversary of the foundation of the Northern Ireland state and the book shines a light on the dark recesses of what it was like for many families in rural Ireland during the First World War and the pre-partition days.

Even now―a century on―and after all the years of bloodshed and suffering, this book resonated so much.

“It may be based in West Tyrone, a part of the world very close to my heart, but the scene could have been set anywhere in the country.

"It is why I think people will find this true-to life story so fascinating at an important time in the history of this island, north and south," said Pheme who is originally from Cookstown but now living in Omagh.

Like the first book, this novel has been carefully researched and is punctuated with articles and headlines from the local Omagh newspapers at the time to underline the historical accuracy.

The horror of the First World War and the activities of the Ulster Volunteer Force and Irish Republican Brotherhood are themes followed in the book along with a portrait of a tough rural life.

Pheme’s is an inspirational story about someone who dabbled in poetry and self- published a book of her poems 'Seeds of Memory' in 2013 at aged 68.

Propelled by this achievement, she decided to write her first novel which she again self-published in 2017.

This is a testament to putting aside perceived limitations and doing what you love.

"After a World War One talk in Plumbridge and a subsequent visit to Ypres and the Somme battlefields in Belgium in 2008, I became fascinated by the motivation of local young men to leave the countryside and join a war in a foreign land," Pheme continued.

"Seeing the long and deeply moving list of locals involved and my own knowledge of the Sperrins, I started to research the loss and conflict a century ago which I feel gave my novel a very specific setting.

"I was amazed by the reaction of my readers to the first book and the recent lockdowns removed the excuses to get the sequel completed.

“Although people might be aware of the history of this time just before the partition of Ireland.

"I believe that describing the human impact and bringing local characters to life gave my readers a better understanding of the motivations that influenced people’s actions and the broader competing loyalties that, unfortunately, still exist into focus.”

Publishing at this time does have it’s challenges however as there are few independent local bookshops in Tyrone and Northern Ireland and few willing to stock a self-published author - even when they are allowed to be open - plus the traditional writer events are off the launch event list.

But Pheme is determined to embrace digital technology.

“Going online is the only viable option at the moment”, she said. “I have a new website where my books can be purchased and publish updates for my readers on my Facebook page.

"Getting my head round all of that at my age, is more challenging than actually writing a book! I am delighted to bring a conclusion to the story and another perspective on our shared history in Northern Ireland’s centenary year.”

The book has a foreword by Deric Henderson, former Ireland Editor at the Press Association and native of Tyrone.

“This is a superb book. Very poignant; sad in many ways and a great story which reflects the culture and the domestic lifestyle of so many families back in the day," he said.

The Blossom or the Bole Book 2 is available online at www.phemeglass.com