Council opens Book of Condolence in memory of 'national treasure' 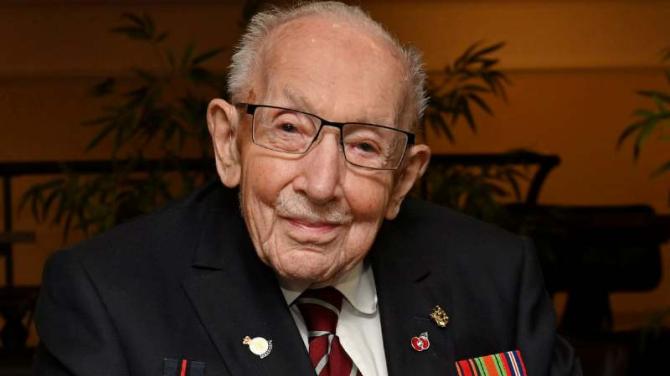 FERMANAGH and Omagh District Council has opened an online Book of Condolence in memory of the late Captain Sir Tom Moore, who passed away recently.

The digital Book of Condolence opened on Friday and will remain open until 5pm, Friday, February 19.

Councillor Diana Armstrong, chairperson of Fermanagh and Omagh District Council, said: “Captain Sir Tom Moore was elevated to the status of national treasure through his fundraising efforts on behalf of NHS Charities Together. By achieving his goal of walking 100 lengths of his garden to celebrate his 100th birthday, he became a beacon of light and hope in the dark days of the Covid-19 pandemic.

No-one can have failed to be impressed by his generosity of heart and spirit and his determination to do something positive for the NHS. When his fundraising efforts closed on his 100th birthday, he had raised almost £33 million. Some of this money benefitted the NHS here in the Fermanagh and Omagh district as the Western Health and Social Care Trust received £112,000 from the fund.

The opening of an online Book of Condolence, in his memory, affords the people of the district, the opportunity to convey their condolences to Captain Sir Tom’s family.

On behalf of the Council and on my own behalf, I would like to extend my deepest condolences to Captain Sir Tom’s daughters, Hannah and Lucy and to the wider family circle on the death of a much loved father and grandfather.”

The Council illuminated Enniskillen Castle and Strule Arts Centre blue, the colours of the NHS, on Thursday, February 4, 2021 in his memory.

Messages of condolence will be printed and bound into a Book of Condolence.