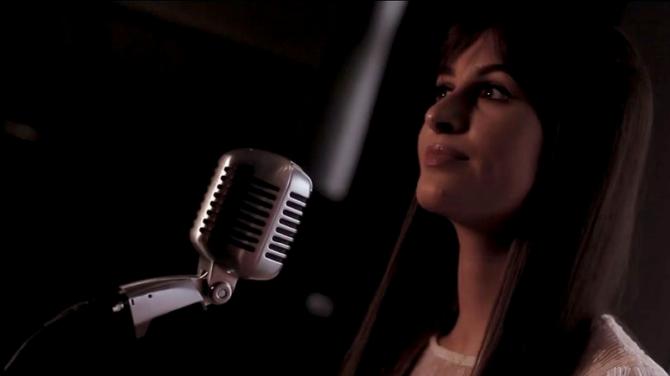 STRULE Arts Centre’s online winter programme has certainly been a hit with the viewing public and has provided a very welcome boost to those who have tuned in to hear the abundance of local talent here in Omagh.

People are delighted to be able to tune in to listen to live music to help bring some much needed cheer to life in lockdown.

"At its peak, over 2,200 people were watching the live performance and they were treated to a rip roaring night of musical entertainment. The performance attracted comments from all over the world, including North America, Australia and England as well as the band’s loyal local fanbase," said a spokesperson.

"If you have not had a chance to view it yet, the performance is still available on both channels and well worth a watch.

"There has also been very positive feedback from the virtual ‘How to Draw’ workshop with Pauline Harte. One participant who initially thought that the online element would prove difficult, has spoken of the ease with which she can communicate both with the tutor and the rest of the class. The participant went on to say that it had been a wonderful social outlet and had reduced her feeling of isolation and that she now looks forward to her weekly class.

"There has also been a wonderful response to The Four Season of Omagh ‘Winter’ Photographic Exhibition. This is the beginning of a more ambitious project which will include images, creative writing, art, music all based on the Four Season of Omagh which will be developed throughout 2021. Omagh has a rich heritage in every arts media and the creativity of local people is certainly manifesting itself at the moment.

"The Strule Arts Centre is delighted to be developing this project which is planned to bring the local arts together to celebrate Omagh and everything positive that we have to offer within the Arts. More details will become available over the weeks ahead. The Launch of the virtual ‘Winter’ exhibition will take place from Strule Arts Centre Facebook page and Fermanagh and Omagh District Council You Tube page at 7pm on Monday, February 22.

The Live music continues on Saturday, February 20, with the wonderful Dermott Taggart and Guests. Dermott has been working hard on original material which we are looking forward to hearing. On Saturday, February 27, traditional singer, Mollie McKeever will take to the stage. Monaghan born but now resident in Omagh, Mollie is also a renowned wedding singer and has travelled all over Ireland and the UK to perform at weddings. She has competed in Fleadh and Scór competitions at both provincial and national level representing both her club and Comhaltas branch.

"Mollie will be performing with Jack Warnock. As Guitar/Piano/Vocalist in the traditional groups Cóiriú and Meargánta, Jack has performed in the final of Siamsa Gael Linn at the National Concert Hall, Dublin on multiple occasions, and at the Royal Albert Hall, London. Throughout his career, he has shared the stage with many fantastic musicians, playing support for We Banjo 3, Ulaid, Lúnasa and more. Jack has also accompanied musicians such as Liz Doherty, The Vallely Brothers and Troy MacGillivray. Mollie and Jack first met while studying in Ulster University Magee and have been performing together for two years."

For more details on the Strule Arts Centre Virtual programme visit www.struleartscentre.co.uk follow us on Facebook @strulearts or email strulearts@fermanaghomagh.com.