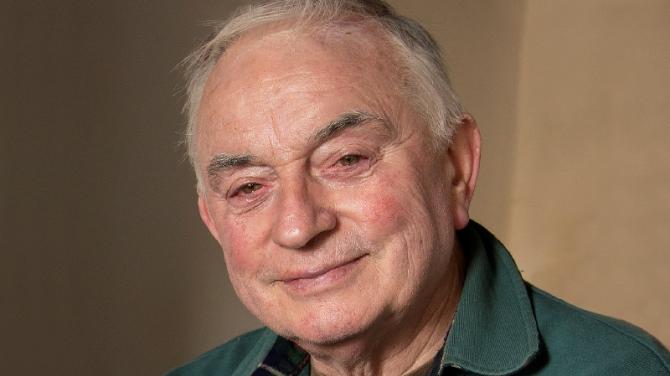 THE family of a Gortin man who passed away after a battle with Covid-19 is appealing to the community not to become complacent after receiving the first dose of the vaccine.

He was due to receive the second dose on March 22.

His wife, Delma, said it was important people did not let down their guard even after receiving their first vaccine.

Mrs McSwiggan, who also contracted Covid-19 and has almost recovered, said the staff at the SWAH simply couldn't have done any more for the family.

"The night I went to the hospital to talk to him ... I talked to him through the glass. They turned his bed around and the nurse held up the phone and we facetimed.

"When we were finished, the nurse had tears running down her face. It is really, really difficult for nurses, and I don't think people realise it. Those nurses go through this every day. They are under so much stress.

"The nurses were just tremendous. They were just so, so good to him. When he was awake and wanted to talk to someone from home, they picked up the phone to facetime with us, and that was nearly every day.

"Even when he was dying my daughter was talking to him, the nurses were holding his hand."

Mr McSwiggan had been doing well in a battle with Leukaemia, his wife said.

"His bloods were good, he was taking a tablet every day and he was doing really, really well."

The family also appealed to the community to take heed of the current coronavirus restrictions.

"We would not want anyone to go through what we have," said Mrs McSwiggan.

Mr McSwiggan was postmaster of Drumlea Post Office for four decades and he was also a keen photographer, sheep farmer and story teller. He began his career working in the hospitality industry in top hotels in New York, Toronto, London, Paris and in Ireland.

For many years he and his wife took part in fundraising activities for the Society of African Missions, based as Dromantine Co Down.

He is survived by his wife, Delma, sons Paul and Declan, daughters Katrina and Martina and his grandchildren. He was predeceased by his granddaughter, Lucy Jane.