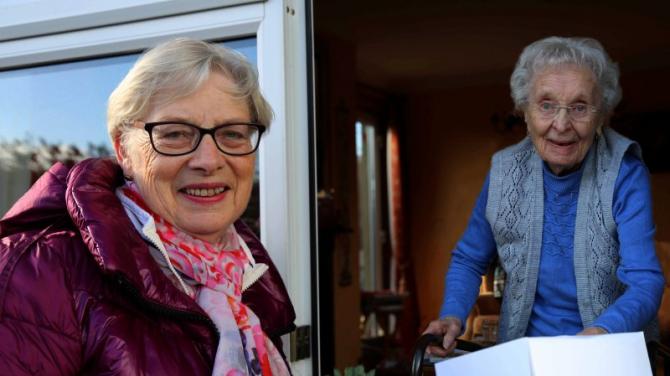 IN these difficult times of Covid-19, sometimes the smallest things really do mean the most.

That was evident recently when past and present members of Gillygooley 2nd Youth 50-plus Club had the pleasure of opening their door to a smile and an afternoon food tea package. Each package consisted of sandwiches, scones, traybakes and a pudding.

It was a pick-me-up for those connected to the group, many whom are housebound.

"The number of thank-you cards and phone calls we received really made it all worthwhile," said Iris Moffitt Scott - who applied and was successfully granted funding from Fermanagh and Omagh District Council in connection with South West Age Partnership.

"One lady told me I was the first person she had seen outside of her family since last March. That's really, really hard."

The initiative has prompted people to reopen lines of communication that may have been lost during the pandemic.

"This small gesture has had a really good effect," said Iris.

"I'm so delighted I applied for the funding.

"It took us quite a while to deliver the afternoon tea as so many people just wanted a chat at their doorstep! They were so pleased to talk to someone they hadn't seen in quite some time. Conversation was as equally important as the food we brought."

Organisers would like to continue the scheme at a later date if funding can be secured.

"We told the recipients to ring a friend when they get their afternoon tea, and it might have started a conversation," Iris continued.

"You have to keep the lines of communication open, to build up confidence again. A five-minute phonecall can mean so much."