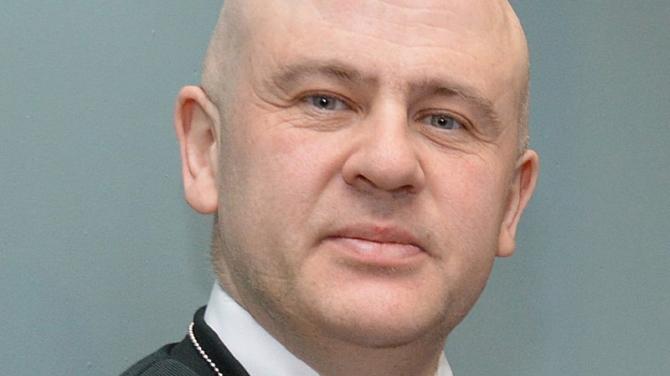 EVERY cloud has a silver lining and as far as coronavirus is concerned, there has been significantly less crime in the district over the last year.

That's according to the former PSNI Chief Inspector for Fermanagh and Omagh, Graham Dodds.

Last March, as the Prime Minister Boris Johnston addressed the nation in response to the coronavirus outbreak, he asked people to stay at home.

The following weeks were like something out of a movie as there was barely any traffic on the roads and towns were left empty.

As a result, there was much less crime to deal with.

"We noticed crime has dropped and continues to drop across all of Northern Ireland," said Mr Dodds.

"At a very practical level, burglaries have dropped because people are home mainly. Night-time economy-related assaults and disorder disappeared.

"We also saw a huge drop in road accidents."

However, with so many people now housebound, regrettably, there has been an increase in the level of domestic incidents.

"At the beginning of lockdown, it was similar to what we would see on Christmas Day when people are stuck in a house with others they may not necessarily get on with. That created tension," said Mr Dodds.

"In a way, it was like Christmas Day extended over weeks and months because it was quiet in a number of ways in terms of footfall, but it was busy in terms of domestic incidents."

On the whole, Mr Dodds said the people of Omagh can be very proud of the manner in which they have dealt with the pandemic.

"Tickets have been issued, but we have tried to work very much with the local community and I would say most people have worked with us, worked hard to comply with the regulations.

"The publicans have done a really tremendous job in pressurised times by following the regulations when they were closed and when they were briefly open. We have had isolated incidents with pubs, but I would say it was mainly down to a misunderstanding of the regulations. There seemed to be very deliberately breaking the law.

"That didn't surprise me as I know the licensees very well and they're very decent people who have a real stake in the community. My sympathy goes out to them and the restaurant owners because no one believed last year that we would still be in a Covid situation this year.

"I think the overall feeling is that there's a really good community spirit in terms of people following the law, helping people out and being very decent to the police. We had people leaving in homemade buns and someone even brought in a coffee machine they had bought for the officers.

"People were very supportive of us and it's only been a minority that has caused us problems, and I think they are the same people who would cause problems in any situation.

"As a resident of the area, it made me very proud to live in Omagh when I saw on a daily basis how people were behaving.

A day after Boris Johnson's address, Mr Dodds can clearly remember taking in his emergency kit of sleeping bag, wash kit, spare uniform - and even a bed!

"We didn't know what was going to happen and what the level of casualty would be like. Some councils were digging extra graves and it was all very doom and gloom. Thankfully it never got to that stage."

Mr Dodds believes that the community has emerged from the pandemic stronger than ever before.

"The community as a whole has done a really good job and I feel we have come through it very, very successfully," he said.

"I think it has made people appreciate each other more and the kindness I have seen displayed to each other has been fantastic."

So, has the job of the police been made easier over the last year?

"It has just been different," he said.

"We have seen a drop in areas like nightlife, but we have had to work more with domestic incidents, and we have a lot of time taking up with online cyber fraud.

"Our work has been at the same level. Our focus has just shifted to areas we would never have thought of such as maintaining the safety at shops and chemists, controlling beauty spots and that kind of thing."

The PSNI also had to organise specialised Covid teams.

"If someone we knew had Covid, you are talking about a team of four or five people to deal with one person," he said.

"If that person was arrested, they had to be taken to Belfast, so hence why we had to have multiple teams.

"So the work became much more difficult in ways and much more intensive. Our working practices had to change in terms of staggering how people could be in the station at one time, going into bubbles to ensure sickness wasn't spread, and I think that was very successful."

Legislation has been constantly evolving and officers have had to be quick to adapt.

"Normally officers are used to dealing with legislation that has taken years to format, whereas a lot of the law relating to Covid came in overnight. Our focus on a daily basis was to engage, explain, encourage, and enforcement was the last stage," concluded Mr Dodds.