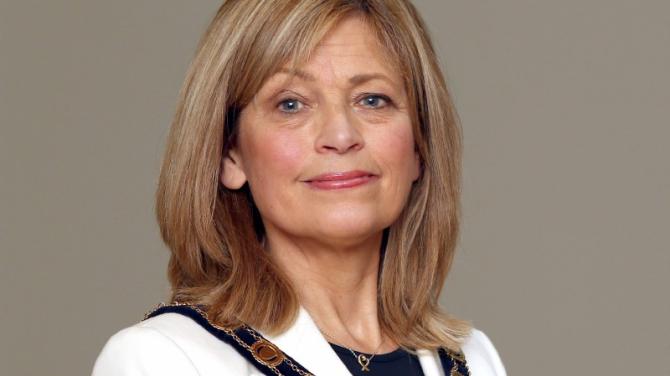 FERMANAGH and Omagh District Council has opened an online book of condolence in memory of His Royal Highness Prince Philip to allow residents to pay their respects.

Commenting on his sad passing, the chairperson of the council, Diana Armstrong, said the Duke of Edinburgh will be fondly remembered across the district.

“I was deeply saddened to learn of the passing this morning of His Royal Highness, The Prince Philip, Duke of Edinburgh at the age of 99," she said.

"The Duke of Edinburgh has given steadfast and loyal service to the United Kingdom and the Commonwealth, firstly as a Naval Officer in the Royal Navy and latterly as Prince Consort to Her Majesty Queen Elizabeth.

"The Queen often described Prince Philip as her rock and a pivotal part of the Royal family. The Monarchy was very much a partnership and Prince Philip played a central supporting role.

"While the Duke of Edinburgh’s passing will have a profound effect on the country, we must also remember that he was a much loved husband of some 73 years, father, grandfather and great grandfather and he will be sadly missed by those who knew and loved him best.

"He has contributed so much to public life over the years, most notably as patron of many charities including his own charity, the Duke of Edinburgh Awards, of which many young people in our district have been recipients.

"The Duke was a frequent visitor to Northern Ireland both in an official and personal capacity.

"He visited the district on several occasions, most notably when he accompanied the Queen to Omagh as part of her Golden Jubilee visit in 2002, stopping at the site of the Omagh bombing and in 2012 when he visited Enniskillen as part of the Queen’s Diamond Jubilee tour, where The Queen and he both attended St Macartin’s Cathedral before crossing the street to visit St Michael’s Church.

"The Duke of Edinburgh also accompanied The Queen when Her Majesty officially opened South West Acute Hospital later that day.

"The Duke of Edinburgh will be fondly remembered in the district particularly by those who had the pleasure of meeting him.

"On my own behalf and on behalf of the people of the Fermanagh and Omagh district, I would like to offer my deepest condolences to Her Majesty Queen Elizabeth and to the wider family circle.

"Our thoughts and prayers are with them at this very sad and difficult time.”