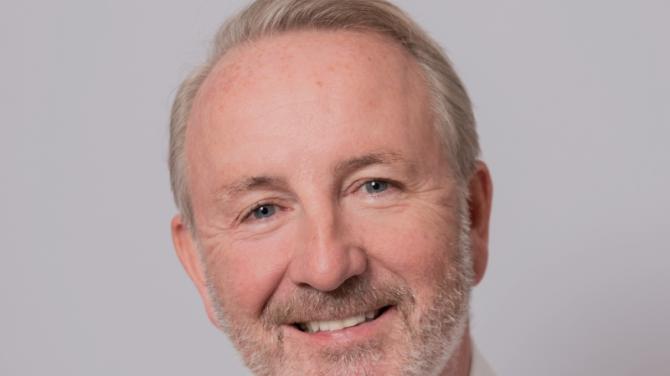 OMAGH author Chris McGale has been in the limelight this week to promote his relaunched book 'The Million Dollar Irishman – From John Street to Wall Street'.

Yesterday (Tuesday), he appeared on Tommy Bowe's live television morning show on Virgin Media, and that follows an interview with the renowned website The Global Interview. On Easter Sunday he appeared on the Brendan O’Connor show on RTE Radio and on Monday on the Mark Patterson show on BBC Radio Foyle.

The book eloquently recounts the miracles and multi-million dollar deals of his remarkable life - from his rough and tumble upbringing at the family pub on John Street, to an horrific car crash, and helping raise more than one-million-pounds for the victims of the Omagh bomb.

It is currently available on Amazon, and in-store and online at Easons, Bookstation and Kennys and an audiobook, read beautifully by Omagh-born RSC, actor, Colm Gormley, is available on www.milliondollaririshman.com.

The memoir has since garnered numerous five-star reviews, with readers describing Chris as "inspirational" and "a credit to the town of Omagh."

Of course, penning such an epic memoir comes only from years of highs and lows. Chris, originally from Omagh, lost both his parents to cancer before reaching his teenage years.

And the situation went from bad to worse when his brother, Paul, was had his scholarship terminated from by the Christian Brothers' Grammar School, four months after the death of mother, Kate. Paul had just turned fourteen.

Through luck and sheer tenacity, Chris would eventually go back to school aged eighteen at Omagh Tech before embarking on a journey that led to Queens, Deloitte, Ulster Investment Bank (UIB) and at Merrill Lynch in London.

However, his promising career in the financial sector was almost derailed at age 25 when he was involved in an horrific collision with a lorry on the A1 between Newry and Dundalk in 1988.

"I was very lucky to live," said Chris.

Sadly, he tragically lost his brother Paul, who passed away in 2007, aged 46. The relationship with Chris had been fractious. “In 2002 I retired to a darkened room to write my life story; central to this was my near-death road traffic accident fourteen years before, when my ascent through the ranks of the Ulster Investment Bank was stalled for a year," he told The Global Interview.

"The story was called The Humpty Dumpty Man (THDM), a name given to me by the lead-surgeon of five that operated on me for five hours. That memoir referenced losing my father at three, being orphaned at twelve, and growing up with the Northern Ireland Troubles. It included the journey of going back to school at eighteen, and making my way to Queen's University, Deloitte, Ulster Investment Bank, Smith New Court and ultimately Merrill Lynch.

"The first three drafts of the THDM memoir were largely absent of any mention of my next-by-age sibling, Paul. That was because I blamed him for inflicting on me the feral life that I lived from the time after our mother's death when I was twelve and he would soon be fourteen, until I returned to school at Omagh Technical College six years later."

"Since the first lockdown, I have been afforded the opportunity to complete my memoir," he continued.

"I had begun the final book in 2014 after flashbacks at the scene of my near-death car crash and from that point intended to finish the story with Paul's death.

"Just getting the words down on paper after nearly twenty years of writing was cathartic, a process that continues today as I examine how my brother was destroyed at such a young age. I suffered too - but nowhere near as much as him. I have learned to keep searching for the answers and learned that 'you will find peace with the truth'.

"Reconciliation with Paul is the best thing I have done in my life, and I am blessed to have found the peace that the reconciliation has brought."

In a previous article, we incorrectly stated Chris and his brother "inevitably became troublemakers", and we are happy to clarify this error.