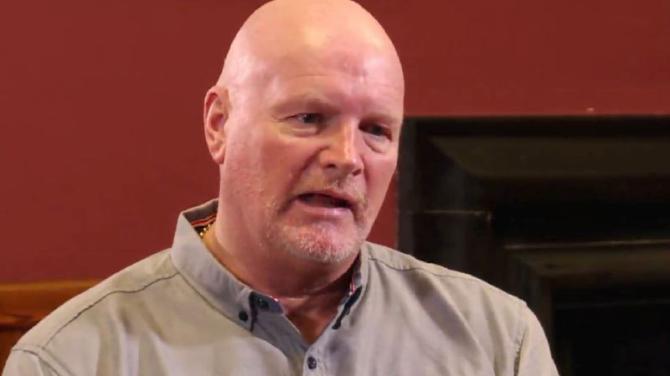 UTV’s Frontline series is making a return to our screens this April, looking at more local people who were all on the frontline during the Troubles, providing vital services which helped keep NI functioning during that turbulent period.

The first series, shown in 2019, to mark the 50th anniversary of the start of The Troubles, highlighted doctors and nurses, teachers, entertainers, social workers and people from the business community who all shared their stories about how they worked through the troubles and how they were impacted personally and professionally.

This new series is once again produced in-house by UTV, and was researched and shot during lockdown, adhering to strict COVID guidelines.

Key people interviewed will give first-hand accounts of their jobs, and how they dedicated their lives to their various professions to keep life moving despite the conflict that was going on, regardless of the personal impact.

In addition to the interviews, these new episodes take some of those involved back to the scenes of the most memorable of incidents, allowing them to show exact spots where they were and how events unfolded.

The series kicks off with ambulance men from Belfast and the North West sharing their accounts of some of the worst atrocities of the Troubles.

In Ballykelly, Sammy Nicholl returns to the scene of the Droppin Well bomb and describes the horror he was met with. John Taylor and Adrian McAuley both share their experiences of the Omagh bomb.

Harry Whan based in Belfast, revisits the scene of the Sean Graham bookmakers shooting and recalls the devastation and confusion that met him and his colleagues on arrival.

Series producer Sinead Hughes, said: “These are more ordinary people doing extraordinary jobs in the most challenging of times.

"Once again, the professions we have highlighted are the unsung heroes of that time. I was honoured that the ladies and gents we interviewed spoke so openly and honestly about their experiences, given that many have long since retired from their profession, and who in some cases were revisiting memories long hidden.

"Stories and memories from all the groups we spoke to were wrapped up in an immense pride in their colleagues, their professionalism, dignity and camaraderie during very difficult and trying circumstances.

"I would encourage everyone to tune in, be that people who lived in Northern Ireland during that time, or indeed our younger generation who gladly did not have to experience life in that time.”

She added: “Ambulance men were often the first on the scene at these incidents and had to deal with the most harrowing circumstances, but their professionalism shines through in all their interviews.”

‘Frontline’ starts on UTV tomrorow (Thursday) at 10.45pm and runs for six weeks.

Viewers can catch up onwww.itv.com/utvprogrammes