No 'specific plans' as yet for Derg station - PSNI 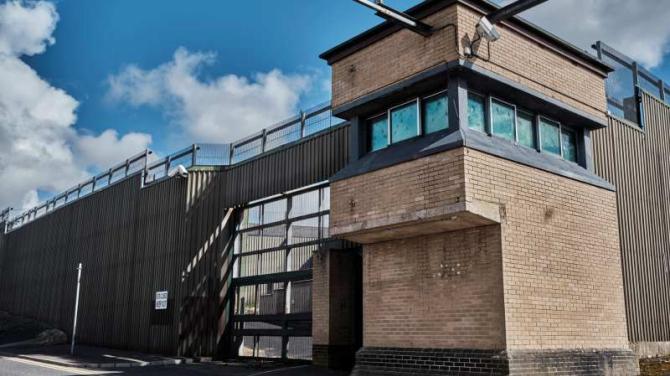 THE PSNI says it currently has "no specific plans" for its vacant station in Castlederg, but has committed to considering "any potential community use" for the site.

The station, located on Castlefin Road at the entrance to the town, closed in 2013 and was then put up for sale.

It was subsequently taken off the market alongside two other derelict stations - Warrenpoint and Aughnacloy.

At the time, the PSNI said the move had been taken on a "precautionary basis" as it prepared for Brexit.

Superintendent John McCaughan, from the Chief Constable's office, said that while as yet there are no plans for the station's use, it remains under constant review.

He was speaking in response to a missive from the SDLP's Steven Edwards on the matter.

"I can advise you that at this time there are no specific plans regarding the Police Service of Northern Ireland’s station at Castlederg," Superintendent McCaughan said.

"We regularly assess our resources to ensure we are equipped as well as possible to keep people safe.

"In 2018, because of the uncertainty around EU exit, we looked at the decisions that had been made about Castlederg station and decided to pause the disposal.

"Since then we have continued to review those decisions and to discuss how we can best support the communities in those areas.

"We shall continue to keep the future of the station under review and consider any proposal through the lens of any potential community use of the site, especially given its strategic position in the town."

The officer said PSNI recognised that it is "important that we have targeted visible presence in our communities", adding: "As a service we have invested 400 new officers into Neighbourhood Policing.

"In terms of local impact this resulted in Strabane and Castlederg being allocated two additional neighbourhood teams in addition to the existing team."

Councillor Edwards said the station would be best put to use for the betterment of the local community.

"The former PSNI station in Castlederg town is a complete eyesore for the town and needs to be put into use, preferably within the community," he said.

“The PSNI originally put the site up for sale, backtracked due to Brexit and it has been left now in a bad state of disrepair since.

"It is an eyesore for the local community as it sits abandoned at the very heart of the town."

Having raised the issue with the PSNI, councillor Edwards said he is 'glad' they have given a commitment to considering utilising the site for community use when they plan to dispose it.

“There is massive potential to utilise the site for community betterment," he continued.

"Such as having a civic building, youth service provision and there’s potential even for developing local business and commerce.

"All of these, importantly, would create much needed jobs in the local area."

West Tyrone SDLP MLA., Daniel McCrossan said the transfer of the site into community use could be transformative for the town.

“Castlederg has lost a lot in terms of local services over the past decade, this site could offer an opportunity to undo at least some of that," he said.

“The SDLP are actively lobbying public bodies who have vacant sites in our towns and villages in order better local communities through asset transfer.

"This site forms one of those we would like to see transformed for the benefit of local residents.”