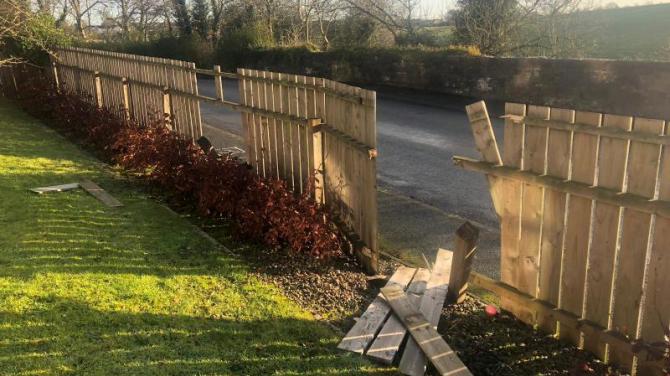 RESIDENTS on the Old Dromore Road in Omagh are concerned about the traffic violations occurring in their significantly built-up area which includes Ashbourne and other new housing developments in the area, according to an Omagh town councillor.

This is also in an area where there is a popular nursing home and a number of other active businesses.

"Local residents want to see the introduction of traffic calming measures deployed as well as the reduction of the speed limit from its current 40 mph to 30mph which is currently being proposed by DfI Roads," said local representative, Barry McElduff.

"This proposed amendment of the speed limit has been expressly supported by Fermanagh and Omagh District Council.

"Residents have expressed a number of concerns to me.

"There is excessive noise from traffic using the road as a bypass.

"Worryingly, there is excessive speed from traffic on the road which is being used by walkers and others trying to enjoy cycling and walking. Residents are worried that accidents will be an inevitable consequence.

"Residents I have spoken to have expressed concern for their safety in relation to walking and ensuring a safe environment for the elderly and children in particular.

"At a time when we all need to escape the stresses and encourage walking, it is important that residents on the road feel safe and that is not the case at the minute.

"I welcome the proposed reduction of the 40mph restriction to 30mph on the Old Dromore Road. This is a step in the right direction.

"I will also continue to explore with local residents and DfI Roads officials additional safety measures which could be introduced.