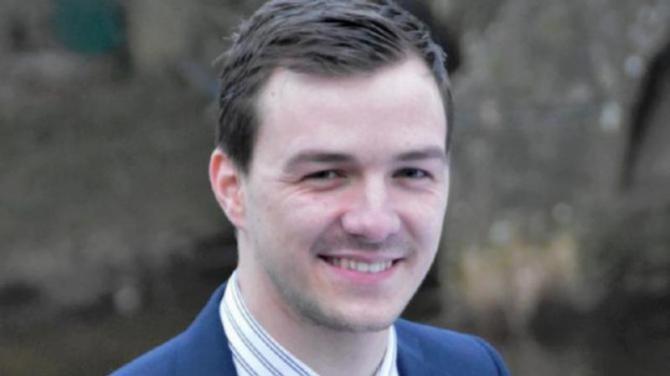 THE new leader of the Ulster Unionist Party (UUP), Doug Beattie "is the person to lead unionism into the future", according to party colleague and Omagh town councillor, Chris Smyth.

It was revealed that Mr Beattie would take the top job on Monday after Steve Aiken announced his decision to step down as party leader after less than two years in the job.

The 55-year-old Upper Bann MLA was the only candidate for the leader's role in the party.

At a press conference in Stormont, Mr Beattie said he felt "the weight of expectation on my shoulder".

He said the party was a modernising one that wants to reach out by reforming its structures, bringing in more women and young people.

"We know there are some mammoth tasks ahead of us, not least the Northern Ireland Protocol and we will look to see how we can address that.

"All of these things will feed into a degree of instability which is affecting Northern Ireland."

But he said the UUP would "stay stable".

Mr Beattie, a retired Army captain who was first elected as an MLA in 2016, said he was the right person to "rekindle the fortunes" of the UUP and give a clear vision for the future.

He said the Northern Ireland Executive and the assembly is "fractious" and it "won't take much to tip it over the edge".

Commenting on his appointment, Mr Smyth said Mr Beattie was a "leader in waiting".

"He commanded troops into battle and now he will lead the Ulster Unionist Party into what are likely to be some bitterly contested elections in the future.

"The changing of the guard that has happened within unionism over the last month in both parties presents unionist voters with a broad range and options and their decisions will shape how unionism will approach the 21st century.

"I believe that Doug is the person to lead unionism into the future and to deliver a brand of unionism which can accommodate everyone, regardless of their colour, religion or creed.

"A union of people who will choose to enjoy the benefits of Northern Ireland such as our amazing NHS, and importantly politicians who lever the maximum benefit for all our people, without resorting to begging bowl politics.

"I believe Doug can be a symbol of what unionism needs to be over the next few years is it is to thrive. Confident without being arrogant, proud of our history without being stuck in it, and ready to make the argument to exerting, not just those already converted.

"From the bottom of my heart, I wish Doug all the luck in the world as he takes the reins."

Fermanagh and South Tyrone MLA., Rosemary Barton, congratulated Mr Beattie, adding: "I wish him every success as he embarks on the challenge of being the leader of the Ulster Unionist Party.

"Doug is a man that is totally dedicated to his work as an MLA, and particularly his work on justice for victims, he wants the best for all citizens of Northern Ireland, he is a man of vision who I believe is up for the challenge to build the party, protect and promote the union."