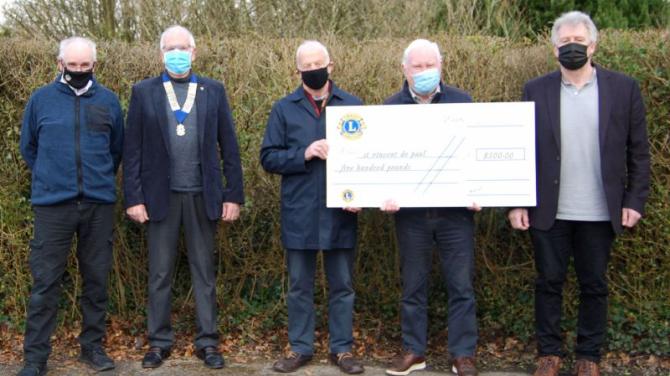 TWO months after it was announced that Omagh Lions Club would dissolve, efforts are being made to restore the local community group.

Back in March, president John Paysden said the club had come to the sad decision of closing the group due to an "advancing age profile and dwindling membership".

However, now Marie Sharkey - an Omagh native currently living in Co Down and a current member of Banbridge Lions Club - hopes to bring the local group back to the community.

Marie said: "Our world is changing, and today’s volunteers are looking for new ways to become involved in relevant issues and serve in a way that fits their ever-changing lifestyles.

"Omagh had a wonderful Lions Club since 1975 and it recently folded which is a loss to the community.

"Being part of a Lions Club is an ideal way to bring together a group of like-minded people to serve the needs of their community and surrounding areas.

"Interested parties are also vital to new club development because they have a vested interest in their community, know what the needs are and can recruit other community-minded individuals.

"Lions’ clubs meet one to two times a month and more clubs meet online and there is no minimum requirement of time that you must invest.

"You could be an active participant by coming to meetings or just attending service projects that help improve the community.

"Omagh Lions were involved in various events in the community; that being the annual Food Appeal, supporting Home Start, events along with the local boxing fraternity to raise vital funds, for example, the Air Ambulance, recycling of spectacles and supporting local supporting local charity. Care for Cancer, just to mention a few.

"New clubs should be based on the needs within the community, and it is felt that there is within Omagh.

"If you are interested in being part of a new club in Omagh, please contact Gerald Cashman of Lions District on johngeraldcashman@gmail.com or mshar35@hotmail.co.uk."