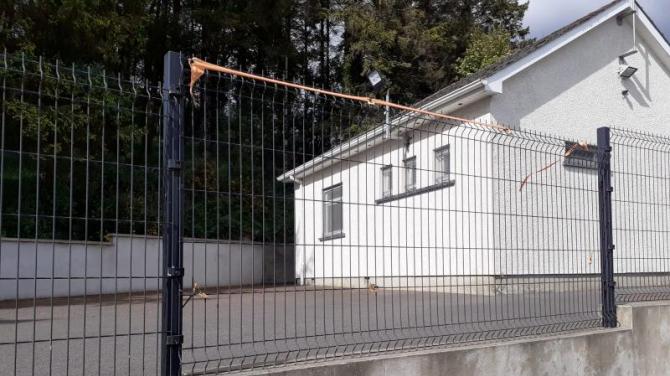 THE Grand Orange Lodge of Ireland has said the theft and destruction of an NHS support banner and Centennial flag from Orange Halls in the Sixmilecross area shows a "complete lack of respect and tolerance."

The incidents took place over the weekend, and saw an NHS support banner stolen from Sixmilecross Orange Hall, and a flag stolen from Cloughfin Orange Hall.

A spokesman from the Orange Order said: "The theft and destruction of an NHS support banner from Sixmilecross Orange Hall and the theft of a Centennial flag from nearby Cloughfin is very disappointing indeed.

"Members of the Orange Order played a vital role during the Covid-19 pandemic in supporting all members of their communities. This was evident right across Co Tyrone where lodges supplied hot meals, food parcels, and called with those isolated and alone right across the community.

"Those who are targeting banners supporting the NHS and a flag celebrating the Centenary of Northern Ireland show a complete lack of respect and tolerance for the views of others."

King Anderson, worshipful master of Sixmilecross LOL 406, said that officers and brethren of the lodge are 'very disappointed'.

"We are very disappointed about this," he said. "The banner was a tribute to our NHS workers and key workers for all their efforts made during pandemic, and we are very surprised that it was damage.

"It really shows a lack of respect for the key workers, given all they have done during the Covid-19 pandemic."