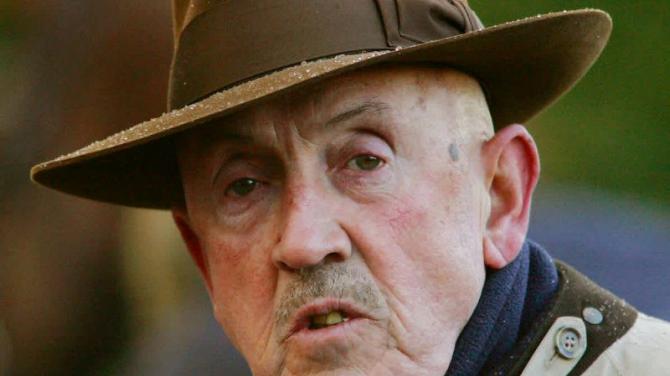 IRVINESTOWN native, Barney Curley, renowned as one of the most colourful characters in horse racing, has sadly passed away.

The Co Fermanagh man died at his home on Sunday aged 81 after a battle with cancer.

He was both the owner and trainer of racehorses and was the mastermind behind some of the greatest betting coups in history.

Curley, who had his last runners in 2012, was instrumental in the early careers of jockeys such as Frankie Dettori and Jamie Spencer.

He will be forever remembered with the infamous Yellow Sam coup of June 25, 1975.

He drew up a plan for the unfancied horse to win the race at odds of 20-1 and for friends to place big bets on it at bookmakers' shops.

In 1984, Mr Curley organised a lottery to raise funds to expand his horse training business - the prize was his luxury home in County Westmeath.

Almost 9,000 tickets were sold at a cost of £200 each and charities benefitted from some of the cash.

A year after his 18-year-old son Charlie was killed in a car crash in 1995, Mr Curley set up Direct Aid For Africa, which has since built schools and hospitals in Zambia.

In 2007, Mr Curley announced he would be dedicating more time to his charity, one which attracted a £2.5million donation from Sheikh Mohammed.

Reflecting on his life during an interview with Racing TV in 2019, Mr Curley said: "If we all try to give a little bit of help to someone else we'll have a lot better life."

Newmarket-based John Butler was assistant to Curley for a number of years and paid tribute to his former boss, who had battled against cancer.

“He died very peacefully on the stud (in Newmarket) on Sunday. It was pretty sudden, he got poorly very quickly,” he said.

“I came over to England (from Ireland) 18 to 20 years ago and worked for him for seven or eight years. It’s a sad day.”

Butler said: “His charity was his main thing the last 10 or 15 years, it was always the charity, no matter what.

“Every day it was his charity. On several occasions we emptied furniture out of schools and filled containers and he always went away and the charity came first. The horses were there, but the charity was a massive thing.

“You could spend all night talking about him. He was very good to me, he was just one of those people.”

“Feel lucky to have enjoyed his company – a man with well-founded legendary status as a trainer/gambler, but one who also raised lots for the charity Direct Aid For Africa. RIP.”

Presenter Derek Thompson said on his Twitter page: “So sad to hear of the passing of Barney Curley at the age of 81.

“His racing tales were legendary but the work he put in to help the poor in Africa was absolutely outstanding. RIP Barney.”