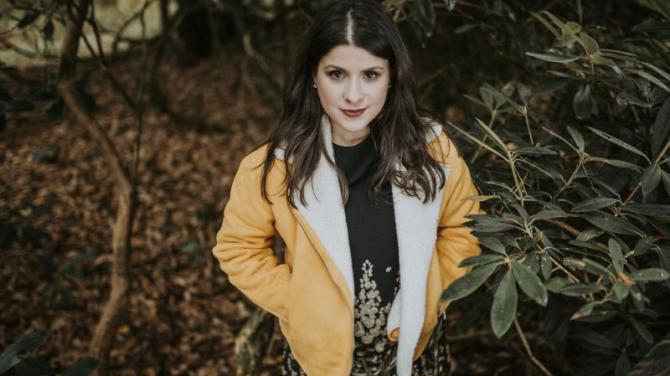 FOLLOWING the success of her widely acclaimed debut album, ‘All The Ways You Wander’, and subsequent release ‘Where the Heart is’, County Tyrone born singer and musician, Bernadette Morris is set to launch her brand new single ‘If They Build their Wall’ next month.

Co-written with Eleanor McEvoy and produced by Declan Sinnott, the song has a strong message with an uplifting and memorable tune and was inspired by the negative and destructive narrative against refugees and asylum seekers.

When McEvoy and Morris sat down to write the song, the media headlines were filled with images of people fleeing for their lives in search of safety and renewed hope.

The realities of these journeys meant that many people were being lost, showing just how desperate they were to escape their situation that they would risk their very lives, and that of their children, to get away.

Speaking about the writing experience, Bernadette said: “We wanted to write a song that reflected our belief that anyone fleeing for their lives should be welcomed and embraced for the sheer courage, joy and everything that they bring with them to our communities. It was such a positive experience writing with Eleanor – as I have been a long-time fan of her work.

"It was Eleanor’s suggestion that Declan Sinnott produce the track and I was delighted to have the opportunity to work with him too. I am really happy with what we have created and think that the messages will resonate with people out there - especially those from Irish backgrounds who have known their own suffering and traumas”

Declan Sinnott has produced albums for artists such as Christy Moore, Mary Black and Sinéad Lohan. As well as producing the track, Declan also performs on it. Declan says “Bernadette and I managed to work together by moving out of our comfort zones into a place that turned out to be, well, quite comfortable. Lovely song, lovely singer, a real pleasure.”