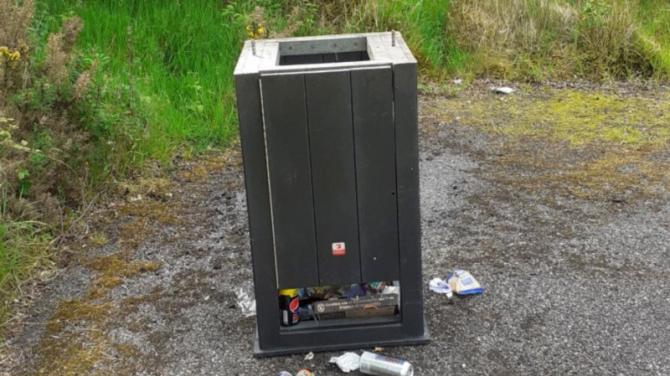 FURTHER incidences of vandalism at Gortin Glen Forest Park have been reported by Fermanagh and Omagh District Council.

Over recent days, a number of litter bins have been damaged and some signage within the park removed or damaged.

This follows on from the spraying of graffiti and damage to public litter bins within the Forest Park at the end of May.

“The ongoing vandalism at Gortin Glen Forest Park is very concerning," he said. "The Forest Park is currently open for long hours during the summer months so people can visit the park late into the bright summer evenings.

"Given the ongoing wanton destruction of amenities within the park, Council Officers are now reviewing opening hours. Unfortunately, if this type of destructive behaviour continues, we may be faced with no option but to close the park earlier in the evening to try to address this issue."

The chairman continued: "Obviously, this is not the course of action any of us would wish to take and I appeal to those taking part in this destructive behaviour to stop so that everyone can enjoy all that the Forest Park has to offer.

"I commend the Council’s Parks and Open Spaces team for their swift action to repair this most recent damage, however this all comes at a cost. Vandalism is destructive, disruptive, and is a cost to ratepayers as the Council deals with clean up and repair works.

"Any wilful damage to Council property is reported to the PSNI and the Council actively pursues prosecution. Anyone with information on these latest incidents of vandalism should contact the PSNI.”

Gortin Glen is a beautiful area enjoyed by many people from all walks of life and backgrounds. I see vandalism as an attempt to mark territory, like a dog peeing against a tree.

"The markings will be cleaned up, however this may raise further questions about how we as a council prevent things like this happening in the future.

"I will be raising this issue with council officers however its a shame that we even have to go down this path. In the mean time I would ask the individual who has done this what they hoped to achieve by doing this? I can't understand why someone would want to destroy such a beautiful area in such a sinister manner."