'Images of Omagh' raise over £50,000 and leave lasting legacy of respected GP and Rotarian 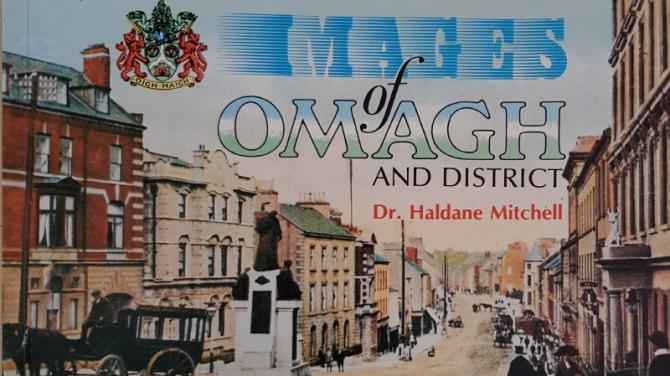 BACK in 1990 the late Dr Haldane Mitchell compiled his first edition of ‘Images of Omagh and District’ with the support of the Rotary Club of Omagh, of which he was a dedicated member and past president.

No-one then would have imagined that the local GP and historian would go on to produce no less than 22 editions – on an annual basis – before sadly passing away.

But what a legacy Dr Mitchell has left with so much of the history of Omagh and District captured in the pages of those popular books – many of which made their way across the world to ‘sons and daughters’ of the area who had moved abroad.

On top of that over the years over £50,000 was raised through book sales which has been distributed by the Rotary club to a wide miscellany of local charities.

In the last year alone the final dispersal of around £20,000 has gone to various worthy causes, including food banks, Care for Cancer, NSPCC, St Vincent de Paul and Camphill Community at Clanabogan, as charities struggled to raise money during the Covid-19 pandemic.

At the club’s annual meeting on Thursday night last held by Zoom tributes were paid to the immense contribution of Dr Mitchell and his wife, Margaret, who helped proof read each and every book produced.

In the foreword to the first ‘Images of Omagh’ book the then president of the Rotary club, Mr Dominic Pinto, said the club decided to support the publication because it contained a unique collection of photographs depicting recent history of Omagh and its people.

“Dr Haldane Mitchell is to be congratulated for his extensive research and for bringing together examples that illustrate life as it was in the town. Many happy memories will, I am sure, be recalled by old and young as they flip through the book and recognize Omagh characters and places,” said Mr Pinto at the time.

And so many more memories were revived in the publications that followed over the years.

In the final edition of ‘Images of Omagh’ Mr Pinto again produced the foreword and concluded with the words “The Rotary club salutes you (Dr Mitchell) for the wonderful memories you have left us of our beloved Omagh.”

Some copies of various editions of the book are still available and can be purchased in the Top News shop at Georges Street, Omagh, Mullaghmore McBride’s Spar or Hospital Road McBride’s Spar.

Meanwhile, over the past year the Rotary club has continued to meet via Zoom due to the Covid-19 restrictions led by dedicated president, David Bowman, who has been re-elected as president for another year.

Warm tributes were paid to the work of outgoing treasurer Hubert Hamill and secretary Ronald Oldcroft.

The club hopes to return to face-to-face meetings and weekly lunches later in the year if restrictions permit and is keen to attract new members.