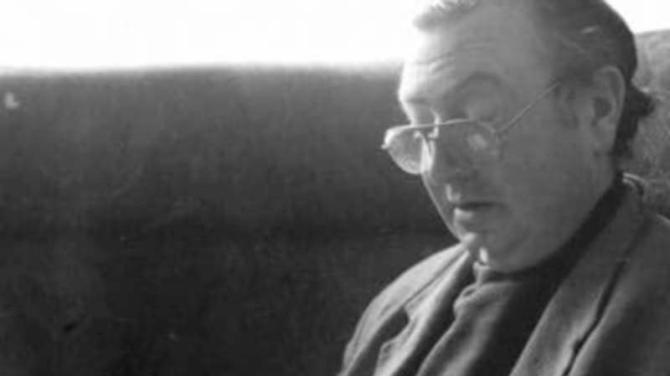 A PLAQUE commemorating a well known councillor, community advocate, actor and wordsmith will be unveiled this weekend.

The plaque, in memory of the late Stephen McKenna, will be unveiled at 12 New Brighton, Terrace, Omagh, this Sunday at 2pm. Attendees are asked to gather at 1.45pm.

Refreshments will be served in The Weigh Inn Bar afterwards, where further memories of Mr McKenna will be shared.

Organisers of the event kindly ask that all those in attendance observe the Covid-19 guidelines in place, both on the street and in The Weigh Inn. A risk assessment has been carried out for the event.

Stephen, known to many as 'Mr Omagh', was born and reared in the town.

He was born in Castle Street, and at an early age, his family moved to his beloved Gallows Hill, where he remained until his untimely passing in 2019.

He was educated at Omagh Christian Brothers' Grammar School (CBS), and Queen's University, and returned to CBS as an English teacher.

He served on Omagh District Council as an SDLP councillor, and also served a term as chairman.

He was a founding member of Omagh Community Development Project, which was responsible for bringing Omagh together with the annual summer festivals and street parties.

Many notable productions were staged in Omagh Town Hall, including the O'Casey Trilogy and Brendan Behar's 'The Borstal Boy'.

He was also on the Board of the Plain Speaking Community Arts Group.

For 50 years he penned a weekly column 'As the man Says' for the “Ulster Herald, under the pseudonym 'Raymond na Hatta'. His Christmas Quiz about Omagh was legendary.

He was a widely travelled man, known around the world and fluent in many languages.

He loved music, and wrote one song, 'The Ballad of Gallows Hill'. He was a member of the infamous Gallows Hill Tabernacle Choir, and Gracey's Egg and Spoon Band.

Stephen talked to everyone, irrespective of who or what they were. He loved people. He was a much loved family man, and a true to all who knew him. He loved Omagh, and Omagh loved him.