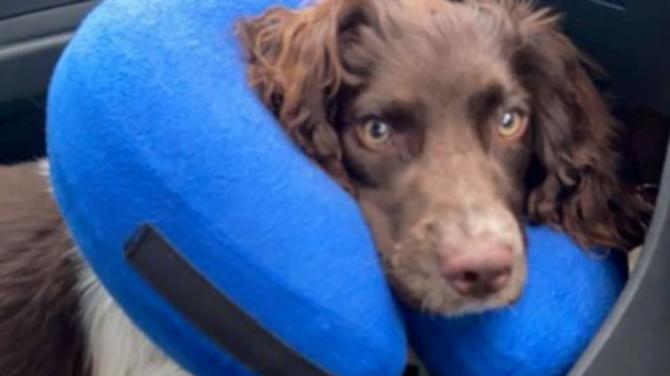 AN OMAGH man is calling on the local council to address ongoing littering issues in the St Julian’s Road area, after both his dogs were injured due to broken glass in two separate incidents.

Cathal Judge, of St Julian’s Road, Omagh, said littering has been an “ongoing issue” in the area, with suspected fly-tipping also resulting in rodent problems.

And the issue came to a head almost two weeks ago when Mr Judge's nine-month-old pup, Zippy, slit its paws on discarded glass, requiring veterinary attention. In a further incident on Friday, his other dog, Biscuit, also sustained a significant injury on broken glass, and again had to be rushed to the vets.

According to Mr Judge, he has contacted the council about the issue of littering on several occasions. However, he says no commitments have yet been made to address the issues in the area.

"The situation is beyond a joke, and it is my dogs that have to pay for this negligence," Mr Judge said.

"Saturday week ago, I was at a wedding and my sister took the dogs out for a walk. My nine-month-old pup split his paw on glass that was scattered around St Julian's Road. He was taken to the vets and had to get stitches.