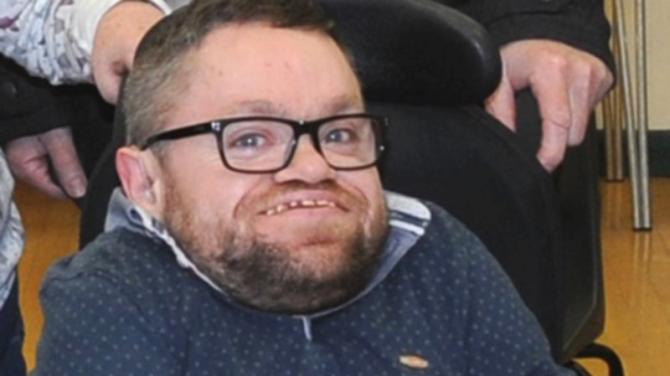 A DISABILITY rights campaigner from Omagh is one of eight people to have been nominated for a prestigious UK-wide award from a group of 50,000.

The Greencastle native, born with a rare degenerative disease, has been included on the shortlist for the Positive Role Model Award for Disability, a competition organised by the National Diversity Awards, in association with ITV News.

Dermot, who is just one of 15 people in Northern Ireland with the life-limiting condition Mucopolysaccharides Morquio, has once again been recognised for his sterling work, including with 'My Way Access'.

A disability advocate, he founded My Way Access, an online directory built by people with disabilities, for people disabilities which informs users about the accessibility of businesses.

Dermot has worked on disability rights legislation with Northern Ireland’s Equality Commission and Human Rights Commission, and with the UN.

He also blogs about disability rights and volunteers with Fermanagh and Omagh District Council as vice-chairperson of its disability advisory group.

Last year, he was recognised with the Bravery Award from Amnesty International UK in recognition of his human rights campaigning for disabled people.

The ceremony will take place in February, a night Dermot is highly anticipating after a most difficult year of anxiety caused by the Covid-19 pandemic.

Speaking to the Tyrone Constitution, Dermot said: "When I first found out I was put forward for the award, I was a bit shocked. But I knew there were a lot of people up for it - 50,000 in total - and I didn't think much more of it.

"However, when the list was cut down to just eight people and I was included... it was just unbelievable.

"I don't know if I should belong on this list, but it's great - and exciting - to be involved!"

Awards are not the reason Dermot has been involved with disability rights for many years - but it's nice to be recognised all the same.

"I'm just happy to be helping people. I want everyone to have the same opportunities, and to make life better for anyone with a disability," he continued.

Dermot made the headlines back in January this year for completing over 300 days of shielding from the threat of coronavirus. He is now 'double-jabbed' and although it has given him some peace of mind, he is urging caution from the NI Executive going forward in this ongoing battle against Covid-19.

"I'm still being very careful - wearing my mask, keeping my distance from others and washing my hands. We are all in a much better position than we were last year, but unfortunately there's still a long way to go.

"What we're seeing in England, the 'Freedom Day', is very scary and seems far too early. I would urge everyone to remain cautious. Just because England has done away with mask-wearing, it doesn't mean we have to follow.

"If we ease all restrictions, I may have to go into semi-isolation again. It's not what I want to do, but that's the situation if 'Freedom Day' happens here."