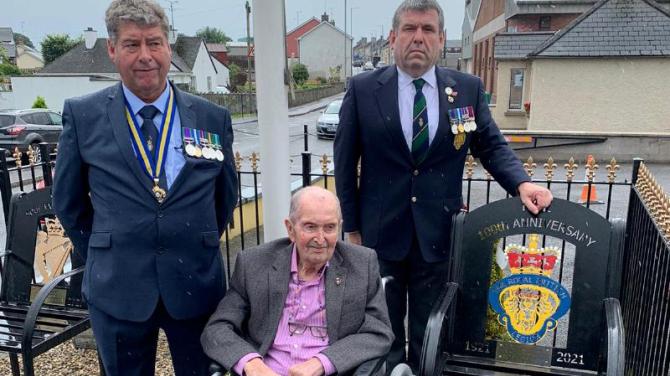 The chair was unveiled by 97-year-old Ian Small, Fivemiletown RBL's oldest member who served in The Home Guard and at RAF Castle Archdale during the Second World War.

The event began with an Act of Remembrance with the Last Post being played by Noel Trimble and a lament by piper Charlie McClintock.

"The event was attended by a large turnout of members who went on to have a celebration barbecue n the hall.

"An evening of great craic and comradeship followed in the club premises.

"Branch chairman Robert Carson thanked all involved in the project and looked forward to the 100th anniversary of Fivemiletown Royal British Legion Branch in 2023."