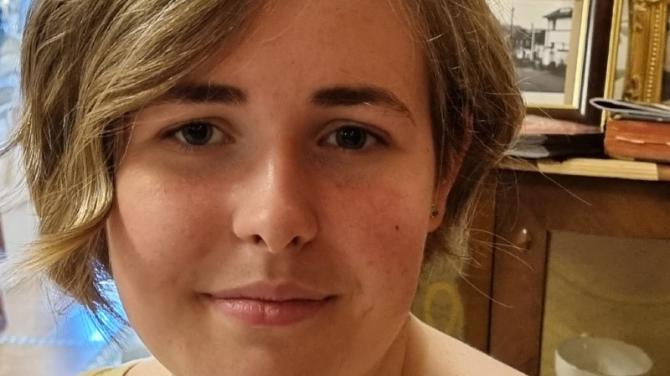 A KIND hearted Seskinore girl has cut her beloved locks to raise money for the Little Princess Trust.

Fifteen-year-old Annie Kelly cut an impressive 12-and-a-half inches of hair in aid of the charity, which provides real hair wigs, free of charge, to children and young people who have lost their own hair through cancer.

And while parting with her beloved hair was a huge step for the Drumragh Integrated College pupil, she is delighted to have raised over £500 for the charity so far.

Speaking on the haircut, which was carried out by local hairdresser Danielle Crozier, Annie's mother, Saragh, said: "The charity is one that is very close to our hearts. Annie's grandad, Patrick Kelly had cancer, so she always wanted to raise money for a charity linked to it.

"She is very kind and always doing stuff for others. She had friends that donated to the Little Princess Trust in the past, and this spurred her on. She took it all in her stride and she is delighted with herself, and all the money that she has raised so far.

"Overall, she had 12-and-a-half inches taken off. We didn't expect there to be this much, so when we measured it, we were surprised.

"Annie has had long hair since she was tot and it has always been her crowning glory, so it was big thing for her, but she is really glad she did it!"

Donations are still being received at www.justgiving.com/fundraising/saragh-kelly