'Ever so slightly mad'! - Omagh-born artist's depiction of lockdown confinement in running for prestigious art prize 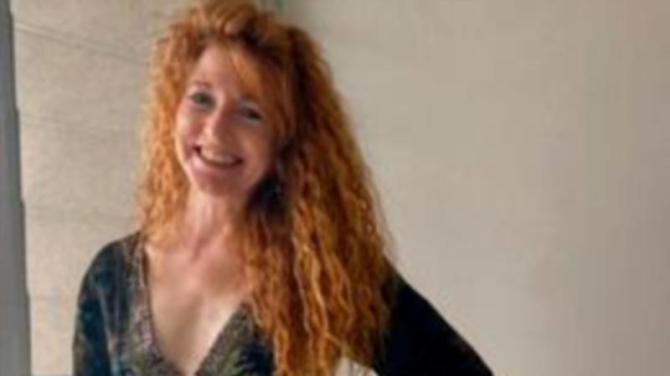 A FORMER Omagh artist's painting depicting the claustrophobic isolation of lockdown, and another portrait of a close friend, have been nominated for major art prizes in her homeland of Western Australia.

Anne McCaughey, a prolific artist who grew up in Omagh, began working on 'Ever So Slightly Mad' in March 2020, which now in the running in the inaugural National Capital Art Prize in Canberra, with prize money of $45,000.

Meanwhile, a totally different type of work in the form of her portrait of a good friend was selected out of 750 submissions to be one of 40 in the running for a prize of $50 000 in the prestigious and well-established Lester prize.

While Anne is hopeful her paintings will impress discerning judges, and she is simply "thrilled to have been nominated."

She said: "I am totally thrilled to have been nominated. As an artist, you are continually working hard in studio, and keep going and plugging on - so it's nice to put yourself up for grabs in a competition."

Her inspiration for her entry in the National Capital Art Prize was the stagnancy of lockdown - a theme that has been particularly prevalent in Australia, which operates a strict 'Covid elimination' strategy, that sees localized lockdowns as cases emerge.

Anne district of Freemantle is currently in lockdown, adding yet more relevance to the themes prevalent in her now famous painting.

"The whole process was really interesting, really," Anne explained. "I started painting it in March 2020, when Australia was locked down for six weeks.

“This painting grew out of a series of works I started during our lockdown last year. Apart from working in my studio in Packenham Street, I teach the amazing visual arts students in John Curtin College of the Arts and know Judy Hendrickse, the subject, as part of the school team. Judy is deputy Principal of Arts and Wellbeing and specialist in dance.

"She was bemoaning the horror of trying to run a contemporary dance class through zoom from her living room. Together we formulated the idea of Giant Alice in an ever-shrinking house, so she dressed up for me and I did sketches and took photos, before I created the rest of the weird environment, full of slightly malevolent toys and the tripping hazard of the spiky ball!

"It is strange how the subconscious works, because I actually hadn’t consciously created the spiky ball as a symbol of Coronavirus, but it seems so obvious now!”

"The spiky ball really changed the whole tone of the piece, with the ball representing Covid, projecting its dangerous little antigens, and red symbolizing the danger of it. Sometimes artists do work on a subliminal level, and no matter how well you plan things, wonderful accidents happen!"

According to Anne, other elements of the painting, such as the plethora of children's toys, capture the general feeling during the pandemic sense that "something really strange is happening". Meanwhile, the goldfish allude to being trapped in a bowl with no escape, further adding to the sense of helplessness that many felt during lockdown.

Meanwhile, Anne said her portrait entry in the Lester Prize was "very different" to 'Ever so Slightly Mad’ in numerous ways.

"There could hardly be two more different kinds of painting," she said. "‘Ever so Slightly Mad’ harks back to the kind of work I did when I was an illustrator in the 80’s in London, working with the likes of Vivienne Westwood and a team of dramatic models to create illustrations for French Vogue.

"The painting of my friend, Steph is soft, almost disappeared in fact, while all the little details in the ‘Mad’ house are very clear.

‘Hamster on a wheel’

Anne'  experience of oscillating lockdowns, which she likens to a "hamster on a wheel", is a far cry from her from the peaceful tranquility of West Tyrone, where she spent her adolescent and teenage years.

The former Loreto Grammar School student would later leave her beloved hills to study at Brighton, and then on to London to work in illustration.

She later moved back to Northern Ireland, working full-time in painting and teaching, before meeting her husband, Mark, a charming Australian man in a bar in Belfast, soon making another move necessary.

And while she now calls Freemantle her home, she says West Tyrone will always be her "heartland", having inspired her earlier landscape paintings. Unfortunately, her twice yearly trip home to visit family, which she was planning for Autumn, has been thwarted by Covid-19.

"I always come home to visit around twice a year, in the Spring and the Autumn," she said. "However, with lockdown, I cannot do that at the moment.

"I love getting back home, especially in Autumn, as the local area is so beautiful in Autumn colours. I love the local landscape, and I have painted many scenes of where I walk, including Glenhordial and Gortin Glen.

"It really is the heartland. My father was from Fintona, and he used to walk the legs of us as children. Being in that landscape made me so fond of where I came from, and that sentimental attachment is definitely there.

"Here in Australia, people are very conscious of Aborigine contexts, with some 50,000 years attachment to the land. I totally get it. When I had my landscape exhibitions in Omagh, Belfast and Dublin, I painted the ordinary things, such as hedges, and not I spectacular stuff, and it was inspired by my own connection to Tyrone.

"I feel it is the everyday things that people take for granted, yet it forms part of home, the places we walk, our heartland. It's utterly beautiful."

Anne works part-time in John Curtin College of The Arts, teaching gifted students in the Visual arts and the rest of the time, she is in her studio in PS in Packenham Street and has solo exhibitions every two years in Ireland and in Australia. She currently shows with Yungarra Gallery in the south.

Excitingly for the artist’s students in Year Eight, in John Curtin College of the Arts, four of them were also selected for exhibition in the Youth section of the Lester prize.