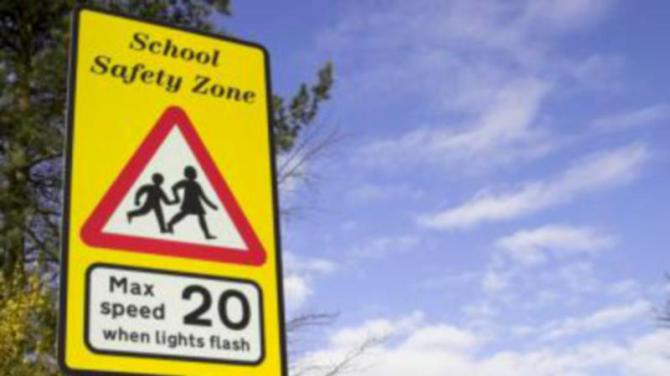 ULSTER Unionist Derg Councillor, Derek Hussey, has branded as shameful a decision by Infrastructure Minister Mallon not to include any Castlederg area schools in a phase two extension of a 20mph speed limit scheme outside certain schools across Northern Ireland following on from no inclusion in last year's first phase of the scheme.

A total of 106 schools are to receive 20mph speed limit sighs across Northern Ireland as part of phase 2, which takes the total number of schools benefiting from this new road safety scheme, introduced by Infrastructure Minister Nichola Mallon, to 209.

Making the announcement, Minister Mallon said: “I’m delighted that phase 1 of my part-time 20mph speed limits initiative has been delivered to 103 schools across Northern Ireland ensuring that children, parents and staff will be safer as they travel to and from school on a daily basis.

“Given the success of this initiative, I am today pleased to announce Phase 2 which will see a further 106 schools at 99 sites across the North benefitting from the introduction of new reduced speed limits. Road safety, especially around our schools, is a priority of mine and it is my intention that through future programmes many more schools will have a 20mph speed limit on the roads outside their gates.

“For Phase 2, schools in Northern Ireland were assessed across our four roads divisions and schools in each division were identified based on considerations of need and individual site constraints. My officials are working hard to develop the schemes, take forward the legislation and put in place this new tranche of part-time 20mph speed limit measures at these schools.

“This is another step forward in our effort to make our roads safer, however, it is vital that all road users continue to take care on our roads. Together we can deliver safer places for all our communities.”

At each of the schools new road signs will be erected in the form of standard fixed speed limit roundel signs with flashing amber lights set to come on at the times the reduced speed limit applies.

However, Alderman Hussey, a former teacher who has represented the Derg Electoral Area since 1989, said: "Whilst I welcome the Infrastructure Minister's announcement of phase two of the 20mph speed limit scheme it is clearly unacceptable that Minister Mallon again chooses to ignore schools in clear need in the Derg Electoral Area.

"When phase one of this scheme came out last year, I had highlighted that no schools in our Derg Electoral Area had been included.

"I particularly referred to Killen Primary, Castlederg High and St Eugene's Primary at Victoria Bridge which lie directly alongside the busy B72.

"Phase two extends the 20mph speed limit to a further 106 schools across Northern Ireland but not one to the Derg Electoral Area.

"At each of the schools, new road signs will be erected in the form of standard fixed speed limit roundel signs with flashing amber lights set to come on at the times the reduced speed limit applies.

"This takes the total number of schools benefiting from this new road safety scheme to 209."