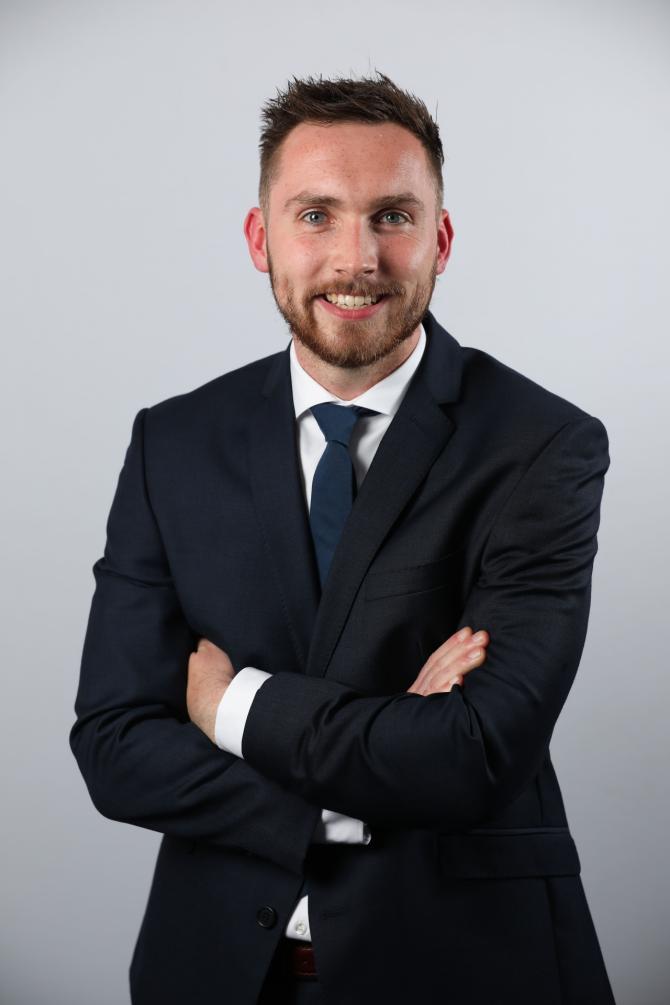 THE SDLP has selected councillor Adam Gannon as its candidate for Fermanagh and South Tyrone in the next Assembly election.

SDLP leader Colum Eastwood said: “Adam has proven himself as an outstanding local representative since being elected to Fermanagh and Omagh District Council. He’s shown real passion to improve the lives of people in his local community and across the council area.

“As a science teacher he understands the reform that’s needed in our education system. He also recognises the dire need for immediate action to tackle the climate crisis to safeguard this place for future generations.

“Adam is part of an ambitious SDLP team in Fermanagh and South Tyrone delivering for local people. People want to see action to address waiting lists for housing and healthcare, but they won’t get it from the status quo. We need people to choose change and vote for candidates like Adam Gannon to build a better future for everyone across the North.

Mr Gannon said: “It has been a real honour to represent my local community as a councillor over the past few years and I’m delighted to have been endorsed by the SDLP as our candidate for Fermanagh and South Tyrone in the Assembly election. Since being elected I have worked to help people on a wide range of issues, both big and small, and would love the opportunity to bring the voice of local people into the Assembly chamber.

“I’ve lived in this area all my life and am proud to call it home. Unfortunately, local people have been badly let down by their politicians in recent years. We have seen businesses close, the decimation of our town centres and the abandonment of our rural communities. We deserve so much better than this.

“The SDLP has a strategy to transform the North and I want to be part of it. The politics of division may suit the DUP and Sinn Féin but it has delivered nothing for people here. We need real action to ensure that everyone can get the medical treatment they need without having to wait years for it, that everyone has a home that meets their needs, a radical overhaul of our crumbling education system and a real commitment to tackling the climate crisis. We can’t afford to do nothing, people have had enough and it’s time for change.”