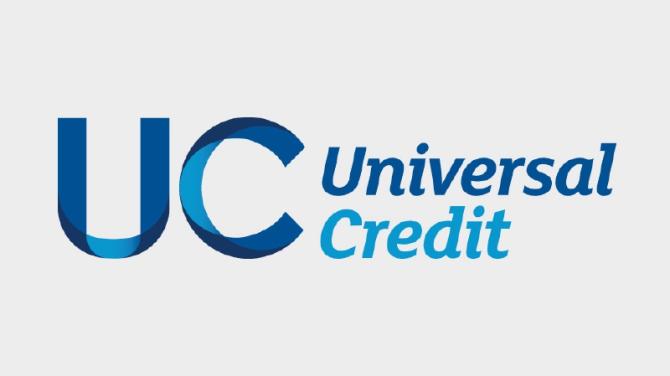 OVER 3,000 households across this district will be plunged into poverty due to the decision to cut Universal Credit (UC).

That's the stark warning from advice services and politicians as the Tory government presses ahead with the withdrawal of the £20 uplift claimants have been receiving during the pandemic.

The uplift, which translates to £86.67 per month, will be withdrawn from 134,000 people in Northern Ireland from today (Wednesday).

Over 44,000 households with children have a UC claim meaning around 83,930 children will be impacted by its removal, according to statistics disclosed by Advice NI.

With furlough ended, food and energy costs on the rise and the impacts of the pandemic still being felt, a warning has been sounded that the cut will have a devastating impact on household budgets already under extreme pressure.

On Monday, Derry City and Strabane District Council backed a motion from the SDLP calling for Boris Johnson's government to reverse its decision to remove the £20 which has been a "lifeline" throughout the past 18 months for low-income households.

It also called for Sinn Féin Communities Minister Deirdre Hargey to work with party colleague and Finance Minister Conor Murphy to find the £55m needed to retain the uplift for the rest of the financial year in the absence of a u-turn at Westminster.

“Here in West Tyrone, we have 6,280 Universal Credit claimants. If the Tories remove the uplift of £20 per week, it will cost those claimants £1,040 per year," he said.

"That is £6,531,200 that will be removed from their wallets and purses, and from the local West Tyrone economy.

“Many families will be left with difficult decisions to make, particularly with added costs in the run-up to Christmas.

“We have repeatedly called on the Tory government to reverse their cruel decision to take this money away from the people that need it most, but unsurprisingly they have refused.

"The onus now falls on our local politicians to protect people here."

Speaking of the need for Stormont to retain the money for the remainder of the financial year, he added: "We must also see a long-term strategy from Minister Hargey to address the shameful levels of poverty across the North, which remain among the worst in Europe."

“Since August, when I wrote to British Chancellor Rishi Sunak asking that he retain the £20 uplift inflation has increased substantially.

"With the cost of everyday essentials, electricity and fuel costs going through the roof the result is going to be further financial hardship and suffering among millions of families already on our below the breadline," she said.

“Boris Johnson and his Tory cabinet haven’t a clue and don’t care what a cut of £20 a week means to families struggling to feed their children and heat their homes.

“Unfortunately, welfare policy and payment levels are set by the Westminster government and the Tories have a substantial majority to force this through."

Ms Begley said an additional £140m per annum at least would have to be found from within the block grant to cover the cost which would mean resulting cuts to other Stormont departmental budgets such as health and education.

"The pressure must be therefore kept on the British government to reverse this cut. Experience has shown us that it can be forced to back down if enough pressure is brought to bear," she added.

“This week’s collective action by the leaders of the Assembly, the Scottish Parliament and the Welsh Senedd in writing directly to Boris Johnson calling on him to abandon these plans is a welcome move in ramping up the pressure on the Tories to reverse the heartless cut and this pressure must be ramped up further in the days and weeks ahead.”

Meanwhile, speaking in the Assembly on Monday, Communities Minister Hargey said she is open to discussing how to mitigate against the cut, but warned savings would be needed elsewhere as Stormont's budget is "not infinite".

"The actions planned by the British government are outrageous and abhorrent. They will result in the biggest cut to the basic rate of social security to date," she said.

"They will result in hardship and poverty for people across the North who are already struggling. The facts of the proposed cut are clear: it will cause enormous hardship for people immediately."

She added: "We have to be open and honest about our abilities to mitigate, yet again, another cut by the Tories. The budget here in the North is not infinite."