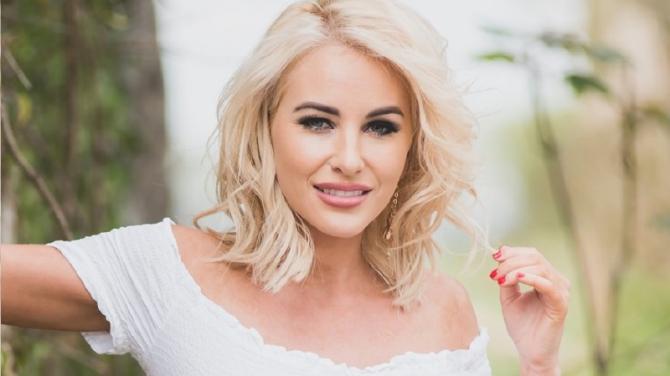 TYRONE singing sensation Cliona Hagan says her latest cover single 'Home' penned by none other than Dolly Parton is more relevant than ever as the world continues to fight against Covid-19.

Cliona's latest single is but one of a range of Parton-inspired numbers on her new album 'The Dolly Songbook', which is a celebration of the songs from the legendary singer including her classic hits like '9 to 5', 'I Will Always Love You' and the infamous 'Jolene'.

"Home is a place everyone wants to be when the going gets tough," Cliona explained. "This is more relevant than ever with Covid-19 so I felt the classic song takes on a new meaning in the modern world we are living."

It's no surprise that Dolly Parton was a major inspiration for Cliona growing up.

With the American singer's iconic voice resonating through the Hagan household, Cliona says a duet with Dolly would be a "dream come true".

"Dolly Parton is a huge inspiration of mine," she continued. "She was the first person I heard singing, my mother was a huge fan and so were my sisters.

"I have to say she has been a huge influence for my work and I really love her as a person as well - she has such a wonderful personality and seems very grounded, but she seems like a lot of fun as well!"

Cliona’s album 'The Dolly Songbook' was recorded in Des Sheerin’s studio in the style of the olden days of recording.

“It was the sort of organic production, like what Dolly might have done for her earlier recordings. Everyone played their own musical parts or sang their parts live," she explained.

"To sing with Dolly would be my dream of all dreams and if I ever get to duet with her, it will be a lifetime achievement."

And Cliona may not have to wait too long before her dream becomes a reality.

A star on the rise who shot to fame as a runner-up on RTE’s 'Dancing with the Stars', she is fast positioning herself as a household name in Irish country music.

But for now, Cliona is content to honor her favorite singer on her very own tour - 'The Dolly Tour' which is scheduled for March 2022.

For Cliona, playing to live audiences is a breath of fresh air after lockdown.

"I did miss being on the road during lockdown," she said. "I spent lockdown in Tyrone, and while it was lovely to be home, it was very strange during the first.

"I went from travelling up and down the country to sitting in on a Saturday night, so it was very peculiar to say the least for a few weeks.

"Thankfully, during lockdown my fiancé and I did a lot of Facebook lives every Sunday night, which started the first weekend after lockdown started.

"This was great for me to keep in touch with all those people who support me.

"It's a great platform to be able to do that and to have been able to continue singing in some way. Lockdown was very hard on musicians so it was great to have something going on."

Cliona concluded: "Now that lockdown restrictions have eased, it's going to take a while to get back to full swing but I am more than confident that country music is going to come back in a big way.

"I have played a few festivals in recent months and there have been a lot of people coming out.

"It's clear that people missed doing basic human things such as socialising and dancing.

"These are things that simply can't be replicated on a screen!"