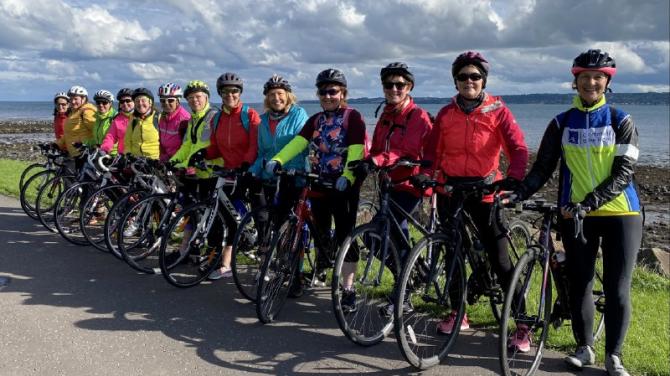 Nineteen AXA Cyclists took on the Challenge of cycling 200 miles in September for MND. These cyclists exceeded their target and completed a total of 5,335 miles.

In Gold Medal position with 618 miles completed was Maura Alexander closely followed by Silver Medalist Barry Horsfield with 540 miles. All other cyclists received Bronze Medals for a fantastic effort in completing over 200 miles.

A spokesperson said: "Congratulation to all cyclists who took part, they really stepped up to this Challenge. Thanks to everyone who supported and donated to this event."

All money raised from this challenge will now go into the ‘Drumragh Together for MND’ fundraiser for MNDANI, in memory of Christopher McConnell, who unfortunately passed away as a result of Motor Neurone Disease on October 11, 2020.

Check out axacommunitybikerides.com in Tyrone for free group cycles. Meet new people, connect with those in your community while enjoying all the benefits cycling has to offer! You can log a solo ride and get credited for completing it. However, you choose to participate, know that you are part of a growing community of members all over Ireland.